newsinfo / Nation
Nation
'WE WANT AN ORDERLY TRANSITION OF POWER' 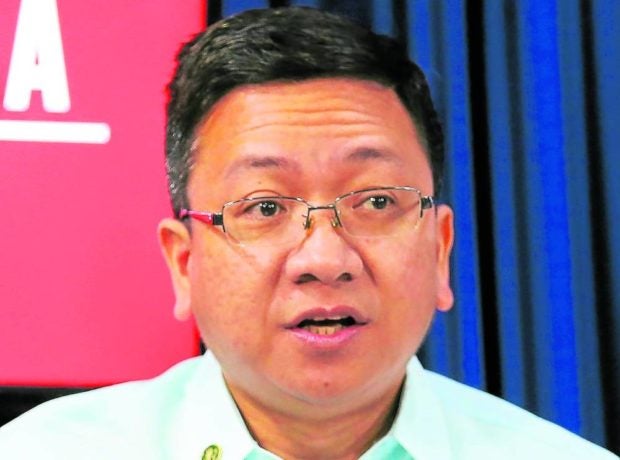 MANILA, Philippines — The Department of Interior and Local Government (DILG) on Tuesday asked protesters not to cause any disturbance during the inauguration of President-elect Ferdinand “Bongbong” Marcos Jr. on June 30 for an orderly transition of power.

DILG Undersecretary Jonathan Malaya said the agency had received information that simultaneous rallies organized by the Left will be held all over the country, including Metro Manila, Baguio, Iloilo, Cebu, and Naga City, on Thursday, June 30.

He appealed to protesters not to be unruly during the event.

(Our only request to the protesters, their rallies should not be unruly or cause a disturbance – it must be peaceful.)

Malaya added that while protesters have the right to voice their opposition, they should not provoke police personnel during their rallies.

“If you want to have a protest action, you have all the right in the world to do that, so long as peaceful po ito at huwag ninyo pong ipo-provoke ang ating kapulisan para gumawa ng eksena at ma-media kayo,” he said.

Malaya said that police personnel are instructed to apply maximum tolerance and just communicate with protesters, if possible, but are allowed to compel if necessary.

(If the rallies are not going to be peaceful, our police personnel have the right to apply force.)

Malaya called on the protesters to respect the people’s decision to elect Marcos in the May 2022 national elections.

(We hope that protesters respect the decision of the majority of the people during the past elections. They should not make a scene at the inauguration because the entire Philippines wants an orderly transition of power.) — Christine Annie Asistio, INQUIRER.net trainee

Read Next
US to work with Taiwan, Vietnam against illegal fishing
EDITORS' PICK
vivo brings to the Philippines a powerful smartphone with a slimmer body, the vivo Y02s for only PHP 6,499
Palace: Biggest supermarkets in PH commit to sell sugar at P70 per kilo
What to watch out for when selecting a video surveillance solution
Heads may roll at BOC, says Palace if sugar smugglers are allowed to use recycled import permits
House energy committee chair Arroyo bats for cheap electricity
DOH reports increase in daily COVID-19 deaths, mostly unvaxxed
MOST READ
Brian Poe-Llamanzares receives his PhD in Public Administration
Mayor bares issues vs closed QC school
Metro Manila’s No. 1 wanted man arrested, says NCRPO
Alyssa Valdez to miss Creamline’s AVC Cup campaign
Don't miss out on the latest news and information.