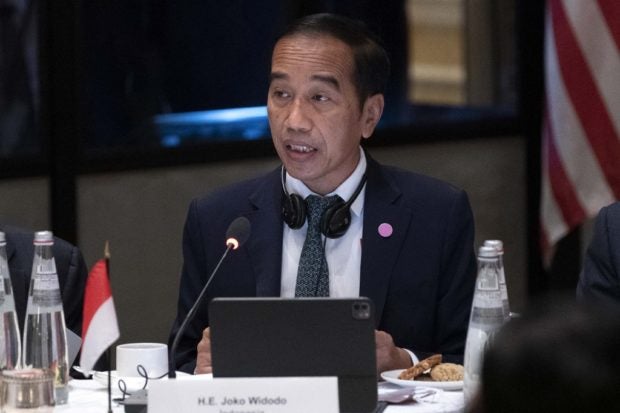 JAKARTA — Indonesian President and G20 chairman Joko Widodo set off on Sunday to Europe where he said he plans to visit Russia and Ukraine and meet with the countries’ leaders to urge peace talks.

Widodo departed for Germany to attend as a guest for the G7 summit from June 26 to 27, and he will then go to the Ukraine capital Kyiv to meet President Volodymyr Zelensky.

“The mission is to ask… President Zelensky to open a dialogue forum for peace, to build peace because the war has to be stopped,” he told a press conference in Jakarta.

The two leaders will also discuss the food supply chain “that needs to be reactivated” soon, Widodo said. From Kyiv, Widodo is scheduled to visit Moscow and meet with Russia’s Vladimir Putin.

The visit to Moscow is planned for June 30, Indonesian authorities said earlier.

“With the same mission, I will ask President Putin to open a dialogue and to immediately have a ceasefire and to stop the war,” he said. Earlier in April Widodo announced he had called Zelensky and invited him to join world leaders at G20 Summit in Bali in November 2022 as a guest.

Indonesia holds the rotating presidency of the G20 this year and has been pressured by Western countries, led by the United States, to exclude Russia from the meeting.

Widodo, however, did not rescind the invitation to Russia and said that Putin has expressed his intention to attend the November summit.

Indonesia, like most major emerging economies, has tried to maintain a neutral position and has called for a peaceful resolution to the months-long conflict.

Widodo refused to send weapons to Ukraine in response to a request from Zelensky, instead offering humanitarian aid.

After concluding the European visit, Widodo will head to the United Arab Emirates before returning to Indonesia.

Read Next
G7 opens summit with gold export ban on Russia
EDITORS' PICK
Heads may roll at BOC, says Palace if sugar smugglers are allowed to use recycled import permits
What to watch out for when selecting a video surveillance solution
DOH reports increase in daily COVID-19 deaths, mostly unvaxxed
House energy committee chair Arroyo bats for cheap electricity
vivo brings to the Philippines a powerful smartphone with a slimmer body, the vivo Y02s for only PHP 6,499
Palace: Biggest supermarkets in PH commit to sell sugar at P70 per kilo
MOST READ
Brian Poe-Llamanzares receives his PhD in Public Administration
Peso loses ground vs US dollar
Alyssa Valdez to miss Creamline’s AVC Cup campaign
Metro Manila’s No. 1 wanted man arrested, says NCRPO
Don't miss out on the latest news and information.