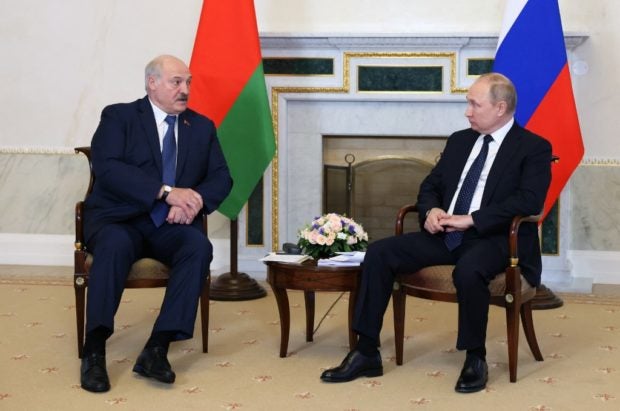 “In the coming months, we will transfer to Belarus Iskander-M tactical missile systems, which can use ballistic or cruise missiles, in their conventional and nuclear versions,” Putin said in a broadcast on Russian television at the start of his meeting with Lukashenko in Saint Petersburg.

He also offered to upgrade Belarus’ warplanes to make them capable of carrying nuclear weapons, amid soaring tensions with the West over Ukraine.

“Many Su-25 (aircrafts) are in service with the Belarusian military. They could be upgraded in an appropriate way,” the Russian leader said.

“This modernisation should be carried out in aircraft factories in Russia and the training of personnel should start in accordance with this,” he added, after Lukashenko asked him to “adapt” the planes.

“We will agree on how to accomplish this,” Putin said.

Putin has several times referred to nuclear weapons since his country launched a military operation in Ukraine on February 24, in what the West has seen as a warning to the West not to intervene.