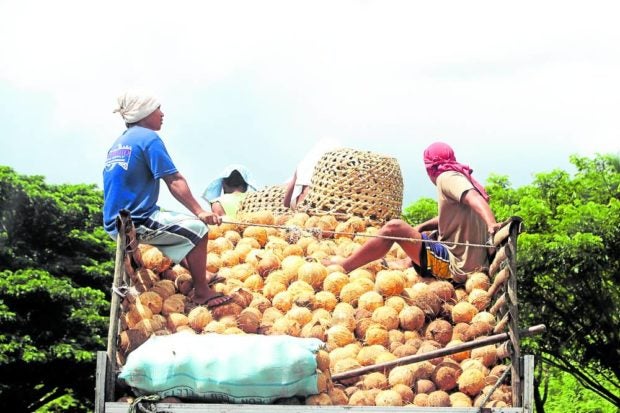 “Wake up your local governments so they don’t sleep on problems in agriculture,” Dar said here on Friday at the launching of Coconut Farmers and Industry Development Plan (CFIDP).

According to Dar, most local governments have left it to the Department of Agriculture (DA) or the Philippine Coconut Authority (PCA) to address the concern of the land tillers in their localities, when “helping the farmers [should be] the responsibility of every [local government].”

Republic Act No. 11524, which created the CFIDP, was passed in 2020, the year after Dar became agriculture secretary, but the plan was only completed this year and signed by President Duterte earlier this month.

Funding for the programs under the CFIDP will be taken from the Coconut Farmers and Industry Trust Fund, created under Republic Act No. 11524, and from the regular budgets of implementing agencies.

At least P75 billion in coconut levy fund will be used to fund projects that are meant to directly benefit coconut farmers and farmhands.

But since 2020, the DA has been allotted a total of P236.6 billion, excluding the P91 billion alloted for 2022 and the funds for farm-to-market roads and irrigation projects.

Jansept Geronimo, spokesperson for Katarungan, said coconut farmers preferred that the Land Bank and Development Bank of the Philippines be tasked to manage the funds so that farmers would not have to go through third parties.

Farmers who availed of the Rice Competitiveness Enhancement Fund were forced to go through a microfinance organization or cooperative, which he refused to identify, that “imposed forced membership, aside from the processing fee charges.”

“Such that, the farmers end up getting only P21,000 from the P25,000 loan after deductions of forced membership and other fees,” Geronimo told the Inquirer.

“This scheme should not be adopted under the coco levy fund credit program,” Geronimo added.

Katarungan had earlier asked President-elect Ferdinand Marcos Jr. to ensure that the CFIDP programs and the services under the Coconut Farmers and Industry Trust Fund Act benefit “poor coconut farmers and their associations and not the rich or well-off cooperatives.”