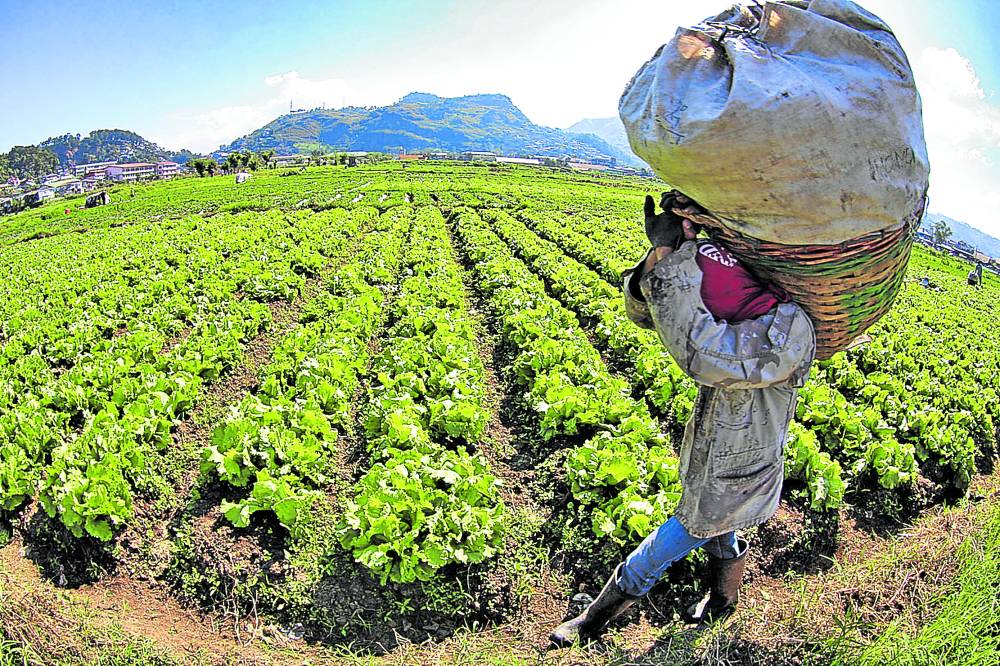 (FILE) Farmers can learn from their indigenous counterparts. They are letting go of old rice-focused traditions to survive, using technologies to meet big demand for commercial salad vegetables. —EV ESPIRITU

According to Dar, the DA is currently working with an annual budget of P85.5 billion, which is less than half of the amount it had initially proposed. The department later sought for P12 billion in additional budget, citing the urgent need to sustain food production in the country.

(The agriculture sector was really neglected. That’s why there’s stunted growth. That’s why we haven’t been able to provide more harvest facilities and the like.)

Dar recalled that the DA earlier warned about the problems of the agricultural sector possibly intersecting with other global issues as it pleaded for an increase in its budget.

(The world is facing so many problems. The COVID-19 pandemic has not subsided. It remains lingering. And the African Swine Fever is still here as well. We anticipated this with natural disasters, yet the budget for the DA was still very lacking.)

But with newly elected leaders set to assume office by the end of June, Dar renewed his hopes for the DA to receive ample budget and support under the concurrent leadership of President-elect Ferdinand “Bongbong” Marcos Jr.

“Now with the political will of the incoming administration and the topmost priority given to agriculture, sana madagdagan na sufficiently ang budget (We hope the budget will sufficiently increase),” he underscored.