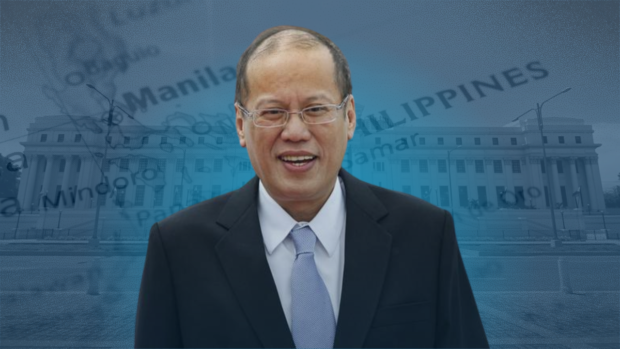 “A simple, honest, self-effacing and decent Filipino who gave his all without fanfare when he was tasked to serve his bosses.”

That was how Maria Elena “Ballsy” Aquino-Cruz remembered his brother, Benigno “Noynoy” Aquino III, as family and friends marked the first death anniversary of the country’s 15th President on Friday with a Mass at his alma mater, the Ateneo de Manila University.

Kristina Bernadette “Kris” Aquino, the youngest of the Aquino brood, could not make it as she was in the United States for medical treatment. The guests applauded and rose in ovation after a video of the former President’s 2014 State of the Nation Address (Sona) was shown which highlighted his quote in that speech: “The Filipino is worth dying for, the Filipino is worth living for, and if I may add, the Filipino is definitely worth fighting for.”Aquino called the Filipino people his “bosses” at his inauguration in 2010 and on several other occasions.

During Friday’s commemoration, caps printed with his name and image as well as wristbands were distributed free as souvenirs.Cruz recalled in her remarks how their “hearts fell apart” in June last year when her brother died of renal disease secondary to diabetes. Aquino was 61.

Their family’s story, she said, could be compared to a roller-coaster ride because they “had lots of highs and probably an equal number of lows.”

“Our highs would be comparable to yours, but our lows were extraordinary. There were times when we felt like we were a deadly virus, worse than Covid. Our mother (Corazon “Cory” Aquino) bore the brunt of that and later, Noynoy did,” she said, apparently referring to the time their father, former Sen. Benigno “Ninoy” Aquino Jr., was in prison during martial law.“We learned the hard way that anyone can show up and celebrate with you when you’re up there. But the ones who stay by your side when things are not going your way, they are your genuine friends,” Cruz said.

“Despite the ups and downs of his term, he will be remembered as a President who showed our nation and the world how leadership with competence, conscience, compassion and commitment can bring about a difference in the lives of millions of people,” he said.

For him, Aquino “represent[ed] the Philippines with honor and dignity, elevating our country’s status on the world stage.”

“In the face of a planet in emergency mode, a chaotic political environment, wars in different places, disinformation and misinformation, and a heavily fractured society, we ask for President Noy’s prayers that Ateneo and Ateneans become true beacons of God’s light and love in our world,” Yap said.

He then announced that the departed leader’s batchmates and friends had raised P15 million for the Benigno Simeon Aquino III Scholarship Endowment, which would allow students outside Metro Manila to avail themselves of scholarships at the Ateneo.After the Mass, Aquino’s family allowed the media to take pictures but left the church without speaking with them.

‘In a better state’

Robredo and former Cabinet officials of Aquino also declined to be interviewed.

But in a text message to the Inquirer, Lacierda said: “I believe [in] all that he did in the six years of [his] presidency[—]the emphasis on good governance that resulted [in] an improved economy… and created the fiscal space to invest and intervene in the lives of our poorest [among] the poor[.] [He also had] the courage to stand up [to] a more powerful nation [which] left an indelible mark in two aspects: first, he left behind a country in a better state in 2016 than it was in 2010 and, second, … the Philippines regained the dignity and respect … [of] the community of nations.”

Sen. Francis Pangilinan said “The nation can preserve his legacy by our collective effort in defending the truth and upholding justice. I believe that if the truth about his record of service is made known, … he would be remembered as one of the country’s best Presidents.”For former Cabinet Secretary Jose Rene Almendras, “so much has happened” since his boss passed away.

“Some good, some not so good. Sometimes I can’t help but acknowledge [that] God must love him so much He spared him from some things,” Almendras posted on Facebook.

“I choose to remember the fun times, dancing to this tune,” he said, regarding a “mutual favorite” of his and Aquino’s, Janet Jackson’s “Together Again.”

Others shared their memories on the Facebook page dedicated to the former President.

His nephew Justin Benigno Cruz said “I can never forget going to Malacañang for a photo shoot …. Initially, the photographer wanted Tito Noy to wear yellow Converse Chuck Taylors to lighten up the mood for [that session].”

“But Tito Noy apologized, saying … he couldn’t [accommodate that request] because he had to uphold the standards of being in Malacañang as President,” he added.

Another nephew, Miguel Abellada, said his uncle “always knew what he wanted and would not settle [for anything less].”“More than anything, I miss one of my best friends and trusted confidants,” Abellada said.