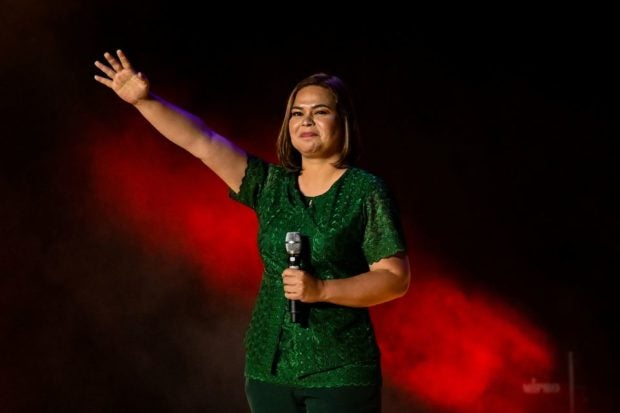 One of the big problems that Vice President-elect Sara Duterte will have to tackle as the incoming education secretary is the worsening learning poverty among children, who at age 10 still can’t read simple texts and who continue to reel from the impact of school closures and the decline in the quality of education caused by the COVID-19 pandemic.

According to “The State of Global Learning Poverty: 2022 Update” report released on June 23, “learning poverty has increased by a third in low- and middle-income countries, with an estimated 70 percent of 10-year-olds unable to understand a simple written text.”

The report was jointly published by the World Bank (WB), the United Nations Educational, Scientific and Cultural Organization, the UN Children’s Fund, the UK government’s Foreign Commonwealth and Development Office, the US Agency for International Development and Bill and Melinda Gates Foundation.

In a statement, the WB said that the learning poverty rate “was 57 percent before the pandemic” but the crisis has deepened since.

As a result, the current generation of students could lose $21 trillion in potential lifetime earnings, or the equivalent of 17 percent of today’s global gross domestic product (GDP), up from the $17 trillion estimated in 2021, it said.

Citing reported estimates for 2019, it said learning poverty was already 90.9 percent in the Philippines prepandemic. While learning deprivation, defined as “the share of children at the end of primary (elementary) who read below the minimum proficiency level,” was also a high of 90.4 percent, it added.

Schooling deprivation, or the proportion of primary-aged Filipino children who are out of school, and assumed to have below minimum reading proficiency in 2019, was 5 percent, according to WB estimates based on the country’s performance in that year’s Southeast Asia Primary Learning Metrics.

The WB does not yet have country-specific estimates for 2022, but its simulation results showed that learning poverty in the East Asia and Pacific region, which includes the Philippines, likely worsened from 34.5 percent in 2019 to 43 percent, to 44.6 percent, and could have jumped to 45.6 percent.

Across lower-middle-income countries like the Philippines, the learning poverty rate was estimated to rise from 60.4 percent in 2019 to a low of 74.5 percent (optimistic scenario), 76.7 percent (intermediate), or a high of 78.3 percent (pessimistic).

To address these high levels of learning poverty and deprivation, the report noted that the Department of Education (DepEd) “published the basic education learning continuity plan, which streamlined the K-12 curriculum into essential learning competencies” in school year 2020-2021. Duterte has yet to spell out her own plans to improve the quality of basic education in the country.

The WB said the global learning crisis was deeper than previously thought even before the pandemic, with revised data revealing that the global learning poverty rate was 57 percent of 10-year-olds in low- and middle-income countries who could not read and understand simple text—higher than the 53 percent estimated in 2015.

“Evidence is mounting that children from lower socioeconomic backgrounds and other disadvantaged groups are suffering larger learning losses,” the report said.

“Children with the most fragile grasp of foundational literacy before the closures are most likely to have suffered larger learning losses. Without strong foundational skills, children are unlikely to acquire the technical and higher-order skills needed to thrive in increasingly demanding labor markets and more complex societies,” it said.

To recover lost learning and speed up the progress of foundational learning, the WB recommended a so-called Rapid framework—short for Reach every child and keep them in school; Assess learning levels regularly; Prioritize teaching the fundamentals; Increase the efficiency of instruction; and Develop psychosocial health and well-being.

Last month, the Manila-based Asian Development Bank (ADB) said prolonged school closures, with the Philippines having one of the longest, would not only slow economic growth but also shed jobs across the Asia-Pacific region for a decade after the pandemic.

According to the ADB, the prolonged school closures in the Philippines could result in the rise in the number of unskilled workers in the country in eight years. Instead of around 10 million projected for 2030, the number is estimated to be over 32 million, with a 4.5-percent loss in earnings.

Outgoing chief economist, Socioeconomic Planning Secretary Karl Kendrick Chua, has been lamenting the subpar quality of online classes and was worried about the future of his only son, Keid Ashby, as well as the millions of other Filipino schoolchildren.

Chua, who heads the state planning agency National Economic and Development Authority, has been pushing for the resumption of all face-to-face classes nationwide.

Sen. Sherwin Gatchalian, the head of the Senate committee on basic education, has been stressing the urgency of resuming face-to-face classes, subject to health protocols and improved vaccination rates, to overcome learning losses resulting from distance learning.

He cited the alarming results of three large-scale international learning assessments before the pandemic which showed that Filipino children were “failing to master basic competencies and that they are being left behind by their peers abroad.”

“Experts warned that the lack of face-to-face classes could aggravate learning losses,” he said.

To address that, Gatchalian had proposed a “comprehensive learning recovery program” for students disadvantaged by school closures.

—WITH A REPORT FROM DJ YAP, INQ