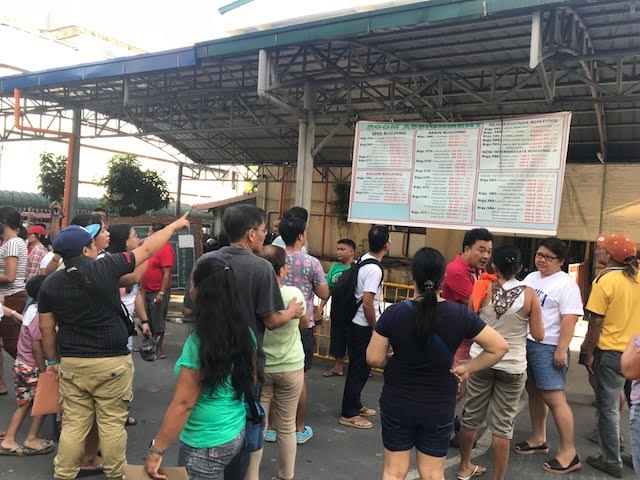 (FILE) Voters look up their room assignments for the 2018 barangay and Sangguniang Kabataan elections at the entrance of the P. Burgos Elementary School in Manila on May 14, 2018. (Photo by FAYE ORELLANA / INQUIRER.net)

MANILA, Philippines — The incoming administration of President-elect Ferdinand “Bongbong” Marcos Jr. is eyeing the enactment of a law that will raise the term of barangay captains from three to five years, subject to three terms, one of his officials has said.

Incoming Executive Secretary Atty. Vic Rodriguez said the Marcos administration is studying enacting a law that would amend the terms of barangay officials, including extending the captain’s term of office.

“We are studying thoroughly the plus and the minuses of spending or calling for elections and there is nothing definite yet,” he said on Thursday when he was asked if the barangay and Sangguniang Kabataan elections set in December will push through.

“But we are open to all options that are being presented to us including the possibility of passing a law and making the term of barangay captains to five years, still subject to three terms,” Rodriguez added.

Based on his experience as a former barangay captain, Rodriguez said amending the current term to five years with a limit of three terms will improve barangay governance as opposed to the current practice of constant extension by postponing the barangay elections.

(I think there is more wisdom to make their term of office five years long instead of just extending them because we are working against the spirit of our law, the bible of the Local Government Units – the 1992 Local Government Code.)

In 2019, President Rodrigo Duterte signed a law postponing the May 2020 barangay and SK polls to December 2022.

SK and barangay elections took place in May 2018 after being postponed twice as previously scheduled for October 2016.

Rodriguez said that raising the term of office of barangay officials would provide a higher degree of accountability, especially with the Mandanas-Garcia ruling set for implementation this year which would infuse additional funds to the local government units (LGUs) down to the barangays.

According to Rodriguez, with the Mandanas-Garcia ruling implementation this year, it is projected that LGUs will have a 27.61% increase in the total IRA shares.

During the campaign, then presidential candidate Marcos expressed his intention to include measures to amend laws governing the barangay in his priority bills.

The objective is to give the officials sufficient time to finish their projects in their areas of jurisdiction.