Sanvicente appears at hearing, insists hit-and-run was just an ‘accident’ 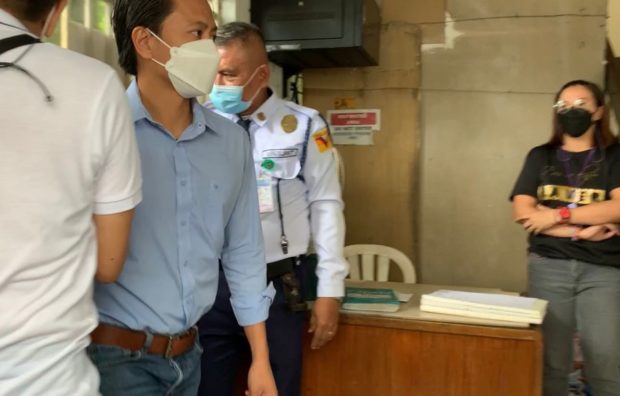 Hit-and-run suspect Jose Antonio Sanvicente appears at the preliminary investigation of his criminal case before the Mandaluyong Prosecutors’ Office. INQUIRER.net

MANILA, Philippines — The vehicle owner caught in a viral video ramming a security guard appeared on Thursday before the Mandaluyong Prosecutors’ Office then fleeing from the scene on Thursday insisted that the incident that landed the victim in the hospital for several days was a mere “accident.”

Suspect Jose Antonio Sanvicente appeared with his counsel to personally subscribe to his counter-affidavit during the second preliminary investigation of the complaint for frustrated murder and violation of the Revised Penal Code for abandonment of one’s victim.

Sources privy to the proceedings said Sanvicente maintained that what happened to security guard Christian Floralde was a mere accident.

When asked to confirm, Sanvicente’s counsel, Atty. Danny Macalino said: “It’s the least of his intention. Hindi intentional ang nangyari.” (What happened was not intentional)

Meanwhile, Atty. Federico Biolena, counsel for hit-and-run victim Christian Joseph Floralde, said they have yet to decide if there is still a need to submit a reply to the counter-affidavit.

“It depends,” Biolena said, adding that he has yet to read the counter-affidavit.

Floralde could not attend the preliminary investigation because he was not feeling well, his lawyer said.