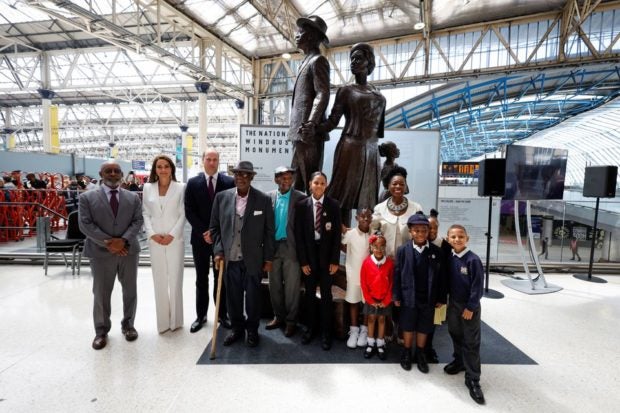 Britain’s Prince William and Catherine, Duchess of Cambridge accompanied by Baroness Floella Benjamin, Windrush passengers Alford Gardner and John Richards and children pose for a picture next to the National Windrush Monument at Waterloo Station in London, Britain June 22, 2022. REUTERS

LONDON — Britain’s royals on Wednesday paid tribute to the ‘Windrush generation’ at the unveiling of a statue to commemorate the arrival of post-war migrants from the Caribbean, as the government again apologized for their recent mistreatment.

Exactly 74 years ago, the Empire Windrush ship arrived in London, bringing the first of hundreds of thousands of people who came to Britain between 1948 and 1971 to help rebuild the country following World War Two.

However, in 2018, Britain apologized for its “appalling” handling of the Windrush generation, after a tightening of immigration policy meant thousands were denied basic rights despite having lived in Britain for decades, and dozens were wrongly deported.

“Without you all, Britain would simply not be what it is today,” Prince William, Queen Elizabeth’s grandson, said at the unveiling of the National Windrush Monument at London’s Waterloo Station.

“I want to say a profound thank you to every member of that generation, and the generations that have followed.” 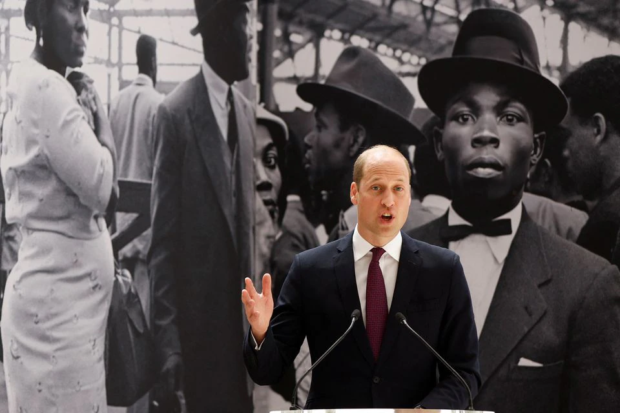 Britain’s Prince William speaks during the unveiling of the National Windrush Monument at Waterloo Station in London, Britain June 22, 2022. REUTERS

The queen also issued a statement to thank the Windrush pioneers, while senior minister Michael Gove said the government was sorry for its mistakes.

“Words cannot make up for the hurt and anguish caused but lessons have been learned,” he said.

Many of those who came to Britain found jobs in the National Health Service or with public transportation but were also victims of racism, as Prince William acknowledged.

“Discrimination remains an all-too-familiar experience for black men and women in Britain in 2022,” he said. 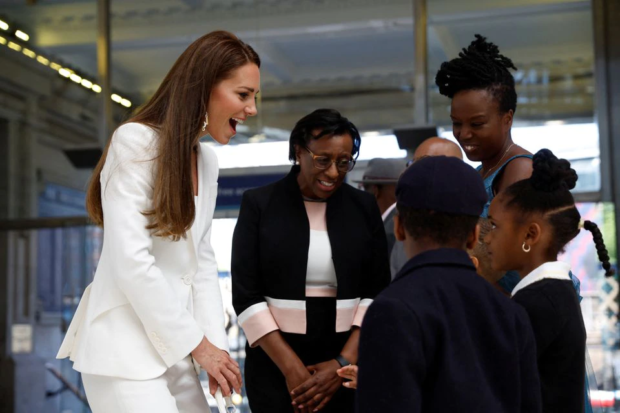 Britain’s Catherine, Duchess of Cambridge reacts speaking to children as she attends the unveiling of the National Windrush Monument at Waterloo Station in London, Britain June 22, 2022. REUTERS

William and his wife Kate’s own tour to the Caribbean in March was overshadowed by protests over Britain’s role in slavery, and criticism that it reflected a throwback to colonial times.

“Our trip was an opportunity to reflect, and we learnt so much,” he said. “Not just about the different issues that matter most to the people of the region, but also how the past weighs heavily on the present.”

“Only a matter of years ago, tens of thousands of that generation were profoundly wronged by the Windrush scandal. That rightly reverberates throughout the Caribbean community here in the UK as well as many in the Caribbean nations.”