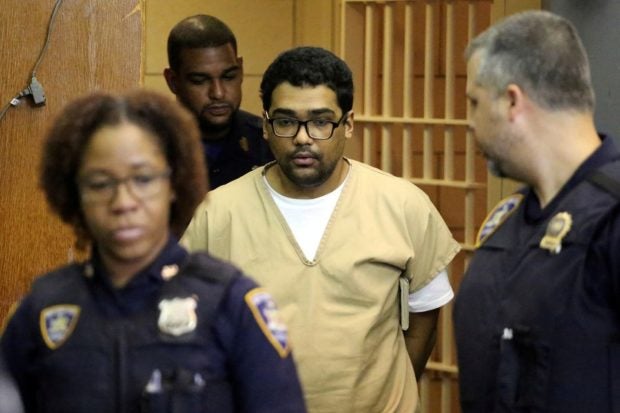 NEW YORK — The man who drove his car down a crowded sidewalk in New York City’s Times Square five years ago, killing a woman and injuring 22 others, was found to be not criminally responsible due to mental illness at the end of his murder trial on Wednesday.

After deliberating for about six hours, the jury accepted the insanity defense offered by Richard Rojas, 32, in a Manhattan criminal court against one count of murder and 23 assault charges.

He remains in custody ahead of a hearing on Thursday, when Judge Daniel Conviser is expected to issue an order for a mental health examination to determine whether Rojas will be committed to a psychiatric hospital.

Rojas, a Navy veteran who grew up in the city, was driving his Honda sedan down Seventh Avenue on May 18, 2017, when he made a sharp U-turn onto the sidewalk, causing panic in one of the city’s most crowded areas. He mowed down pedestrians for three blocks before crashing his car.

He killed Alyssa Elsman, an 18-year-old woman visiting from Michigan, and left 22 others with shattered bones and other injuries. He tried to flee on foot before being caught by onlookers and police.

In a jailhouse interview soon after, Rojas told the New York Post that he had unsuccessfully sought psychiatric care and had no memory of the rampage. Friends said Rojas had struggled with addiction and paranoia.

Prosecutors from the Manhattan district attorney’s office had argued that Rojas was competent to understand the harm of his actions and had told people he wanted to kill the people he drove into.