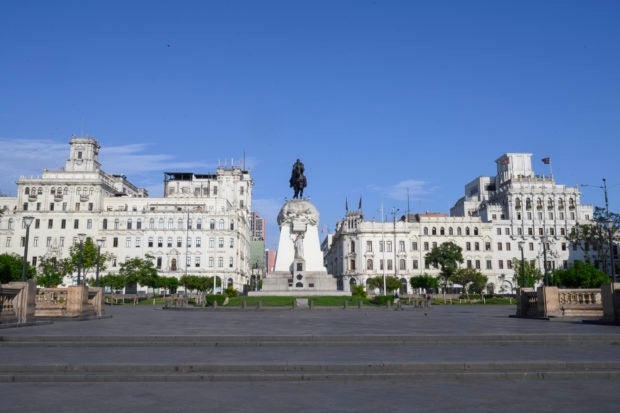 LIMA — Scientists have unearthed an Inca-era tomb in the heart of Peru’s capital Lima, archaeologists said on Wednesday, a burial dug up under a working-class home and believed to hold noble remains wrapped in cloth alongside ceramics and fine ornaments.

He said the entombed were likely elites from the Riricancho society, a culture that once populated present-day Lima before the powerful Inca came to rule a sprawling empire across the length of western South America in the 1400s.

Famed for their gold and sophisticated constructions, including the mountaintop royal retreat of Machu Picchu, the Inca were conquered by Spanish invaders in 1532.

Hipolito Tica, the owner of the house in Lima, said in an interview he was overcome with emotion at the surprise find.

“It’s amazing. I really have no other words to describe it,” he said, expressing a hope that future generations in the working-class San Juan de Lurigancho neighborhood will better appreciate the rich history all around them.

Excavations began last month after Tica’s reconstruction plans for his property triggered a required archeological survey in a Lima district known for hundreds of past archaeological finds from cultures that developed before and after the Inca.