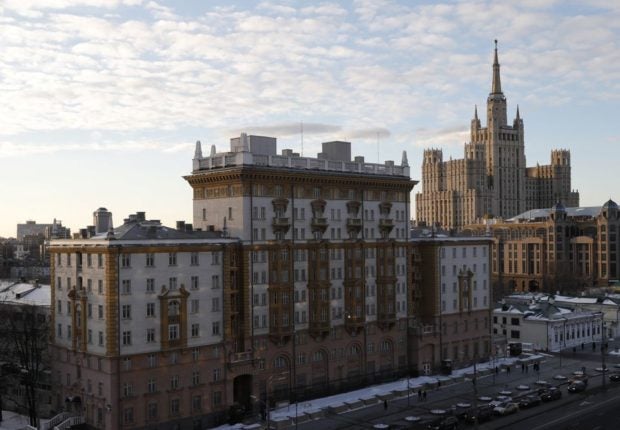 MOSCOW — Authorities in Moscow said on Wednesday that they have changed the official address of the US embassy building in the Russian capital to one named after pro-Kremlin separatists in Ukraine.

“The United States embassy in Russia has a new official address,” Moscow city hall said in a statement, saying it had named a previously unnamed open area in front of the embassy’s main entrance.

It said the embassy is now located at 1 Donetsk People’s Republic Square, referring to a breakaway region in eastern Ukraine that Moscow recognized as independent shortly before sending troops there.

The statement added that the change was made after Moscow councilors proposed honoring the “defenders of Donbas” — a majority Russian-speaking region in Ukraine that Russia says it is liberating as part of its military campaign — on the map of Moscow.

The new address was chosen in a public vote in which nearly 280,000 people participated, the city hall said.

In February 2018, a street outside the Russian embassy in Washington was named after Boris Nemtsov, an opposition politician who was shot dead outside the Kremlin in 2015.