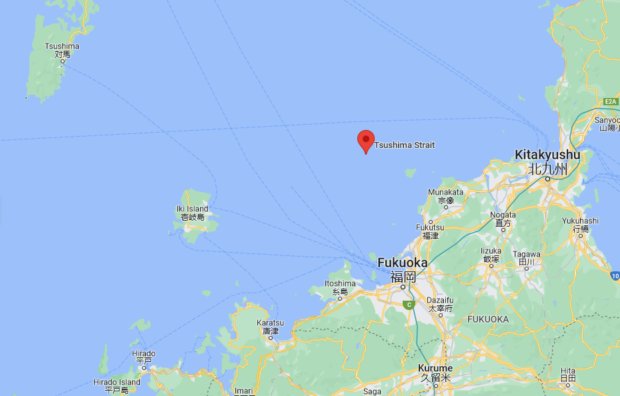 TOKYO — Five Russian Navy ships, including a destroyer, passed through the Tsushima Strait toward the northeast and entered the Sea of Japan, the Defense Ministry announced Tuesday.

According to the ministry, the five ships had earlier been detected off Cape Erimo in southern Hokkaido on June 15.

From there, they sailed via the Izu Islands, which extend into the Pacific Ocean south of Tokyo Bay, and on Sunday passed between Okinawa Island and Miyako Island in Okinawa Prefecture. Then they sailed north, passing through the Tsushima Strait.

Also on Tuesday, three Chinese Navy ships, including guided-missile destroyers, passed to the west between Sumisu Island and Torishima island in the Izu Islands.

In both cases, none of the foreign navy ships intruded into Japanese territorial waters.