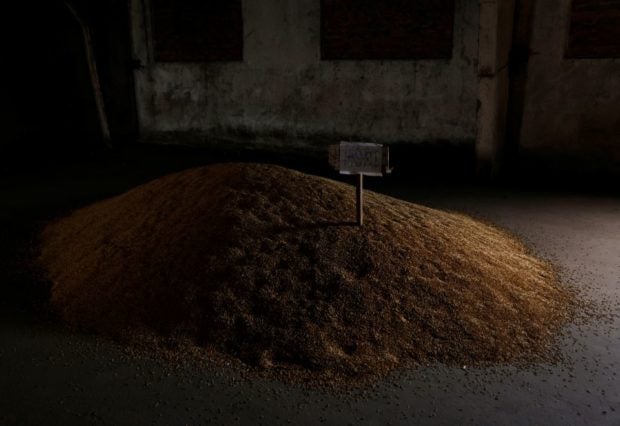 Wheat grain is pictured at a warehouse in Bashtanka, Mykolaiv region, as Russia’s attacks on Ukraine continue, Ukraine June 9, 2022. REUTERS

ANKARA — Ankara’s military delegation will travel to Russia this week to discuss details of a possible safe sea corridor in the Black Sea to export Ukrainian grain, Turkish presidency sources said on Tuesday.

Russia’s Feb. 24 invasion of Ukraine halted Kyiv’s Black Sea grain exports, causing global food shortages, though Moscow blames Western sanctions for the crisis. The United Nations has appealed to both sides, as well as their maritime neighbor and Nato member Turkey, to agree a corridor.

Ankara has so far held talks with Moscow and the United Nations on the planned corridor, but has said any final agreement would require all parties to meet in Istanbul, where Turkey says the plan’s implementation would be monitored.

The sources said a four-way meeting between Turkey, Ukraine, Russia and the United Nations would be held in Istanbul in the coming weeks, possibly with the participation of Turkish President Tayyip Erdogan and U.N. Secretary General Antonio Guterres.

The sources said the plan envisaged creating three corridors from Ukraine’s Black Sea port city of Odesa under Kyiv’s supervision, and that both Ukrainian and Russian food products would be shipped from there.

They said 30-35 million tons of grain could be shipped from there in the next six to eight months.

Asked about plan’s outline presented by the sources, U.N. spokesman Stephane Dujarric said “the discussions on these issues are continuing,” without elaborating.

The news of planned upcoming talks come a day after Erdogan and Guterres discussed plans for the corridor in a phone call. Erdogan’s office said he told the U.N. chief that Turkey was “continuing mutual efforts” to establish the corridor.

Both Ukraine and Russia have set out a series of conditions to agree the plan. Moscow wants some Western sanctions lifted to help facilitate its grain and fertiliser exports, while Kyiv seeks security guarantees for its ports.

“Sticking point is we gave guarantees at the highest possible level and now it’s up to Ukrainians to decide,” Russia’s U.N. Ambassador Vassily Nebenzia said on Tuesday of the talks. “(Russian) President (Vladimir) Putin said that we will not use Ukrainian grain exports for military purposes.”

Nebenzia said Ukraine had to de-mine the coastal waters, or if it can navigate through the mined waters “let them steer those ships out to the safe passage”.