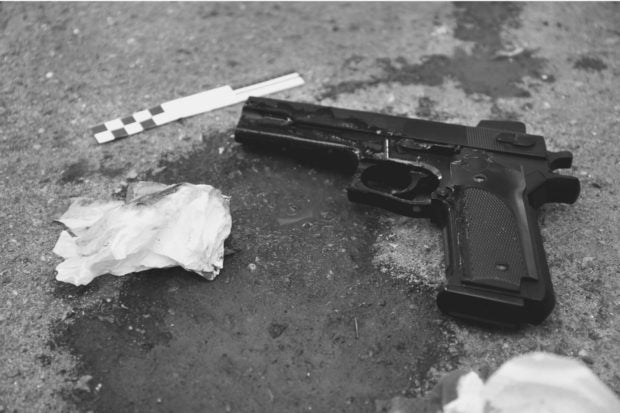 The Batangas police reported Wednesday that an undercover cop, who posed as a gun buyer, nabbed at 10 a.m. Percival Topado, 39, in Barangay Marawoy.

The report said Topado offered an undocumented caliber .38 revolver with five bullets to the police agent for P3,000.

During routine frisking, the cop reportedly seized two plastic sachets of shabu (crystal meth) worth P3,000 from the suspect.

The police also tagged Topado as an “HVI” or high-value individual in the local drug scene and an alleged member of a drug syndicate.

The suspect was immediately detained and will face criminal charges for illegal possession of firearms and ammunition.

Topado will also be slapped with another case for violation of the Comprehensive Dangerous Drugs Act of 2002.