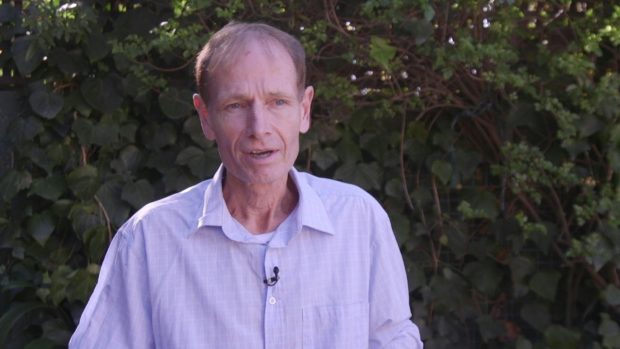 CAPE TOWN, South Africa—A campaigner for the legalization of euthanasia in South Africa, convicted of premeditated murders of three people he helped to die, was released Monday after three years of house arrest.

Sean Davison was sentenced in 2019 to eight years under house arrest, five of which were suspended.

“I certainly do not regret what I did,” Davison told AFP.

“I helped three men suffering unbearably with no hope of recovery, who were determined to die and they were incapable of ending their own lives”.

He staged a press conference to mark his release on the steps of the Cape Town High Court on Monday.

The conditions of his house arrest meant he was allowed to go to work and to church, but remained under a three-year media ban.

The biotechnology professor at the University of the Western Cape was arrested in September 2018 and charged with murder over three “right-to-die” cases, including of his friend, a quadriplegic man.

The other two were a man with motor neurone disease and a triathlete who became paralyzed after he was knocked off his bicycle while training.

In 2011, Davison faced a similar conviction in New Zealand, his country of birth.

There, he served five months of house arrest for helping his 85-year-old mother commit suicide in the South Island city of Dunedin in 2006, by giving her a drink laced with crushed morphine tablets.

The judge in that case said Davison’s action was motivated by “compassion and love”, rather than personal gain.

On Monday he responded afresh to his mother’s death.

Davison, 59, who founded right-to-die charity Dignity SA, paid tribute to the late Archbishop Desmond Tutu for his support to the assisted dying movement.

He said the three-year detention in South Africa had energised him to fight harder for the legalization of euthanasia.

“If anything, I’ve become more invigorated to change the law,” he said. “I am determined more than ever to continue the campaign for a law change in this country.

“Now I can speak, I will say what I believe,” he vowed.

Because the world listened when Tutu spoke, “I’m now going to continue to honor Desmond Tutu by following through on his wish to change the law”.

In 2016, South Africa’s Supreme Court of Appeal overturned a ruling that granted a man the right to medically assisted death and which could have opened the way to legalize euthanasia.

“While I’ve been on house arrest, a number of countries changed the law,” said Davison, citing Australia, Spain and the United States.

“There is a general move around the world for a law change. And my issue has highlighted it again in South Africa, and hopefully, the politicians are going to sit up and listen and also feel the mood of the country.”

Davison, who said he missed taking his five-year-old daughter to walk in the park, plans to take his family on Tuesday for a dive in the sea to celebrate his freedom.

House arrest, he added, had been “a luxury compared to going to jail”.

Vatican steps up opposition to euthanasia and assisted suicide