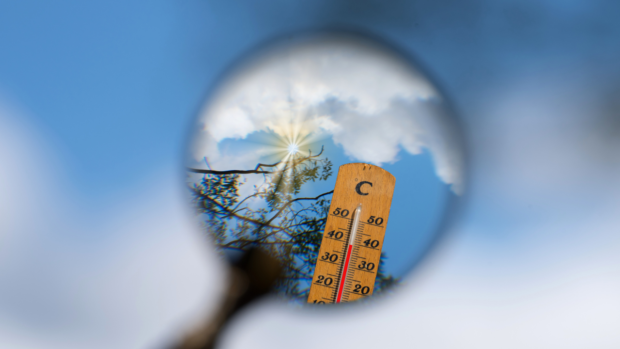 The National Weather Service told Americans to gird for another day of well above normal, near-record or even record-breaking heat from the central Plains to the Upper Midwest.

“Dangerous heat will continue to make headlines,” the service said in an advisory.

The scorching blast will start to drift eastward Tuesday into the Great Lakes region with highs in the upper 90s Fahrenheit (mid 30s Celsius) — which is up to 20 degrees F above normal.

Around 120 million people were under some sort of advisory last week as a heatwave burned the Upper Midwest and the Southeast.

This stemmed from what forecasters called a dome of high pressure, with wild weather such as thunderstorms, flash flooding and extreme rainfall erupting around its edges.

Yellowstone National Park, the oldest in the United States, closed down last week because of extensive flood damage as roads were washed away.

Torrential rainfall and snowmelt sent months’ worth of run-off into rivers in just a couple of days. The sprawling park sits mainly in Wyoming and is home to the Old Faithful geyser.

The park said its southern section will reopen to visitors on Wednesday, but officials say other parts will remain closed for the rest of the season.

As heat scorched the southwest, a wildfire burning its way up a mountainside in Arizona consumed four buildings at the Kitt Peak National Observatory but they apparently did not contain telescopes or other scientific equipment, officials said.

“This is the most threatening fire I can remember at Kitt Peak in the last 25 years,” said Buell Jannuzi, who heads the University of Arizona astronomy department, according to ABC News.

The university is a tenant at the observatory, which is operated by the National Science Foundation.

A fire was raging meanwhile in the Wharton State Forest in the northeastern state of New Jersey, officials said.

The New Jersey Forest Fire Service said the blaze, which began on Sunday, had consumed 7,200 acres (2,900 hectares) by Monday and was 45 percent contained.

It said 18 structures were threatened but no injuries have been reported.

Wildfires are common in the western United States during the summer but are unusual in the east of the country.

After hottest June ever, U.S. braces for new heatwave in West