Robredo on new leaders: We really hope they’d do well as PH will benefit from it | Inquirer News

Robredo on new leaders: We really hope they’d do well as PH will benefit from it 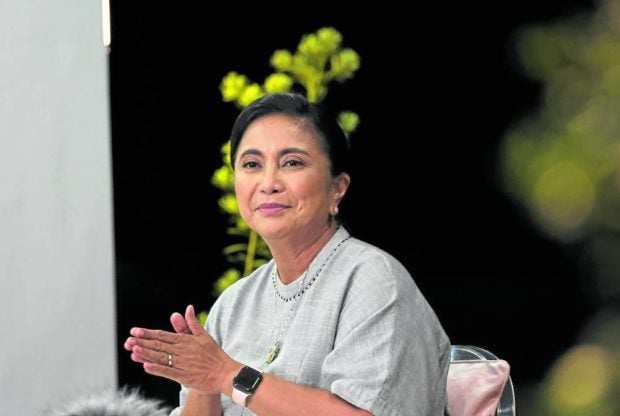 MANILA, Philippines — Outgoing Vice President Leni Robredo said that she really wishes that the country’s new set of leaders — including Vice President-elect Sara Duterte — would do well because good performance would benefit Filipinos.

Robredo in an ambush interview on Monday at Magarao, Camarines Sur was asked about her message to Duterte, who will take over the Office of the Vice President (OVP) come June 30.

According to Robredo, she has already sent out a message congratulating Duterte, who was inaugurated in Davao City on Sunday, adding that they will be available if the VP-elect has any questions.

(Actually, in my message to her — which I wrote to her earlier — I congratulated her. I wished her well. We have offered this to her staff during the transition meeting; they can go to the office anytime they need our help.)

(If there are questions, we are just always here. We have no other wish for our local officials other than to perform well because if they do good, the Filipino people will benefit from it.)

As to whether she thinks the OVP’s projects would be continued, Robredo said she thinks institutional projects or those that have been part of the OVP even before her term would be sustained.

Despite the lack of mandate — as the vice presidency is often seen as a successor to the presidency in case of incapacitation — Robredo has transformed the OVP into a volunteer-driven center with various anti-poverty projects and COVID-19 programs like telemedicine consultations, mobile testing, drive-thru vaccinations, and others.

However, Robredo said that there were projects she inherited from when OVP was under former vice president Jejomar Binay, like the Medical Assistance Program.

The Medical Assistance Program was already existing when we assumed office in 2016. We just expanded it. https://t.co/yR2e1B7sB7

(With the institutional projects, I hope they will be sustained because many of our staffers are still with OVP. So the transition, it’s not that hard, really.)

(For me, I would like to believe that the projects we initiated were for the communities. So for me, I am expecting that these will continue.)

According to Robredo spokesperson Barry Gutierrez, the transition between the two offices is going smoothly. He also said that Robredo has already given Duterte’s staffers a tour of the Quezon City Reception House, the office she currently uses and which the Vice President-elect also intends to use.