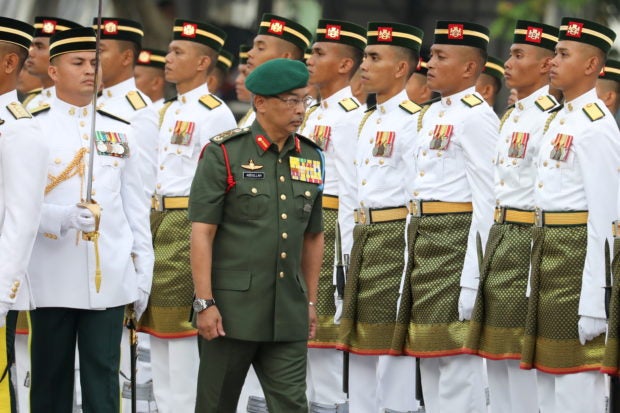 PETALING JAYA — The Yang di-Pertuan Agong Al-Sultan Abdullah Ri’ayatuddin Al-Mustafa Billah Shah has been admitted at a hospital in Kuala Lumpur to treat a pain in his leg.

Comptroller of the Royal Household for Istana Negara Datuk Ahmad Fadil Shamsuddin said the Yang di-Pertuan Agong was in good health and there was no cause for concern.

“As such, all programs scheduled for the day and later dates which involve the presence of the Yang di-Pertuan Agong have been rescheduled to other dates which will be announced in the future,” said Ahmad Fadil on Monday (June 20).

He said the King is scheduled to return to Istana Negara after his treatment.

“The people are urged to pray for the Yang di-Pertuan Agong’s early recovery, good health and longevity,” added Ahmad Fadil.