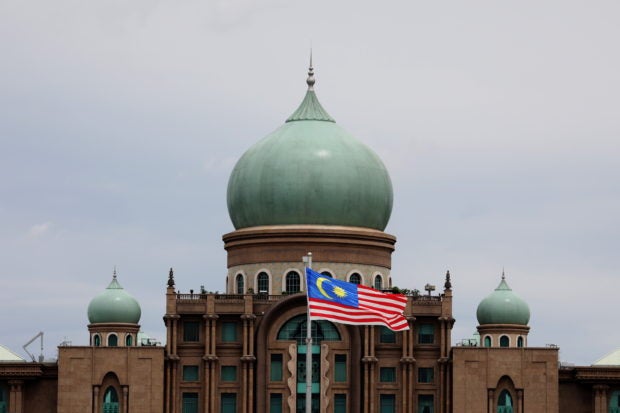 KUALA LUMPUR — Malaysia’s king will name a new prime minister as soon as possible but the appointee will have to face a confidence vote in parliament to prove his majority, the palace said in a statement on Wednesday.

Muhyiddin Yassin resigned as prime minister on Monday after conceding he had lost his majority in parliament but remains caretaker premier until a successor is named.

He did not face a confidence vote in the 17 months that he held office despite repeated calls to do so.

The resignation has deepened a months-long political crisis as Malaysia grapples with a COVID-19 surge and an economic slump. No political party has a majority in parliament, so the winning candidate has to put together a coalition.

King Al-Sultan Abdullah, the constitutional monarch, will appoint a premier who he thinks can command a majority. He has given members of parliament until 4 p.m. local time (0800 GMT) to submit the name of one candidate they want as premier.

In a statement, the palace said the prime minister appointed by the king must table a motion of confidence in parliament as soon as possible to prove “legitimately that he has the majority”.

“His Majesty… (has) expressed that the unending political turmoil without any full stop has disrupted the government’s governance during a time when we still face the threat of the COVID-19 pandemic,” the palace said.

The king will meet with the country’s other senior royals on Friday to discuss the current situation, the palace said. It was not clear if a decision on the new prime minister will be announced only after that.

Ismail Sabri Yaakob, Muhyiddin’s deputy and a politician from the United Malays National Organization (UMNO) party, emerged as the leading candidate to be the next prime minister.

He has secured a majority from political parties that were in Muhyiddin’s coalition, media reported, citing UMNO officials.

Ismail Sabri spearheaded security policies during the COVID-19 crisis and was promoted to deputy prime minister in July.

Malaysia has been in a state of political flux since widespread graft accusations led to the 2018 election defeat of UMNO which had governed for more than 60 years since independence.

Mahathir Mohamad led the opposition to election victory for the first time, but the alliance collapsed from infighting last year.

Muhyiddin then put together a coalition with political parties that were defeated in the polls, including UMNO, but that alliance was also fragile.