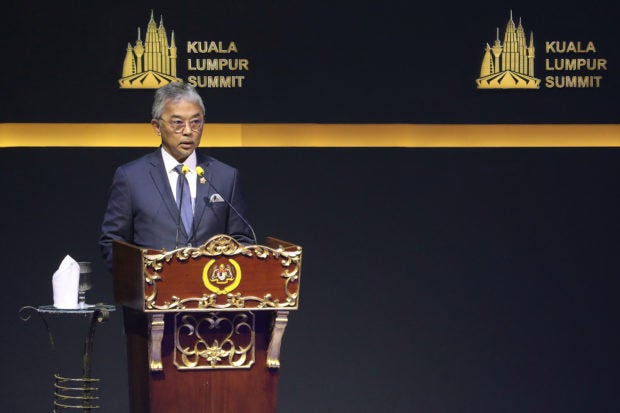 KUALA LUMPUR  – Malaysia’s King Al-Sultan Abdullah is expected to announce the appointment of the country’s new prime minister following a meeting with other royal rulers on Friday.

The conference of royals, comprising the Southeast Asian nation’s nine sultans, including the king, will meet at 2.30 p.m. local time (0630 GMT).

Ismail Sabri Yaakob is poised to succeed Muhyiddin Yassin as prime minister, after the latter stepped down on Monday conceding he had lost support from his parliamentary alliance.

Muhyiddin’s resignation ended a troubled 17 months in office, in which he was routinely plagued by infighting within his ruling alliance while battling rising COVID-19 infections and a dampened economy.

If confirmed, Ismail Sabri’s appointment would mark the return of his party, the United Malays National Organisation (UMNO), to the premiership, three years after it lost an election due to corruption allegations, mostly linked to the multi-billion dollar scandal at state fund 1Malaysia Development Berhad (1MDB).

Malaysia’s king was tasked to appoint the new premier by determining the lawmaker most likely to gain support from a majority of parliamentarians, after elections were ruled out due to the pandemic.

Ismail Sabri, who was Muhyiddin’s deputy from rival party UMNO, emerged as the top candidate after securing the backing of Muhyiddin’s coalition.

The 61-year-old has the support of 114 lawmakers out of the 222-seat parliament, UMNO lawmaker Ahmad Maslan told reporters on Thursday.

Muhyiddin, now serving as caretaker PM, said his alliance’s support was conditional on Ismail Sabri ensuring that the new cabinet members were free from graft charges.

Several UMNO lawmakers were charged with corruption after the 2018 election defeat, including party president Ahmad Zahid Hamidi and former premier Najib Razak, who faces dozens of charges linked to 1MDB. They have both denied wrongdoing.