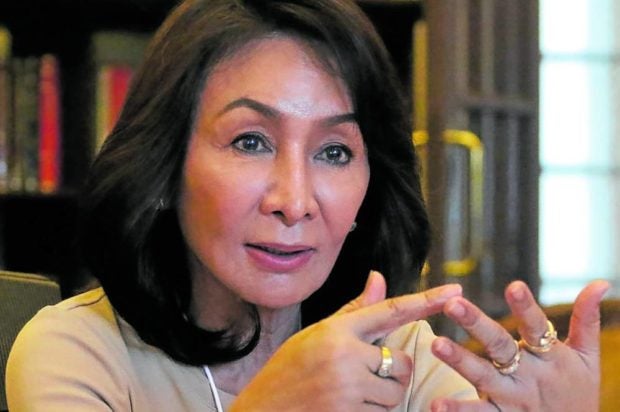 CEBU CITY, Cebu, Philippines — Cebu Gov. Gwendolyn Garcia will not amend her order allowing the optional use of face masks in open and well-ventilated spaces in the province despite an ultimatum given by the Department of the Interior and Local Government (DILG) for her to “rectify” the directive.

The governor said she would stand by her executive order that was later adopted by the provincial board through an ordinance.

“Walang personalan ’to (I have nothing personal against the DILG). I am just acting according to my mandate and I am deciding in accordance with my huge responsibility to the millions of Cebuanos who have entrusted to me their welfare and their benefit,” she said in a press briefing on Friday.

Last week, Interior Secretary Eduardo Año gave the Cebu provincial officials until the weekend to amend the executive order and the ordinance on the optional use of face masks in the province, or they could face charges.

Año repeatedly said that Garcia’s executive order and the ordinance had no legal basis as these contradicted the national policies embodied in the Inter-Agency Task Force for the Management of Emerging Infectious Diseases guidelines, which made mandatory the use of face masks in public places.

Garcia, however, said the passage of the ordinance and her executive order were backed by provisions of the Local Government Code that granted provincial governments autonomy in creating laws.

Instead of focusing on Cebu, Garcia said Año should “just let it go” as the latter was going to leave his post in the DILG at the end of June when the new administration of President-elect Ferdinand “Bongbong” Marcos Jr. starts.

“I wouldn’t call that bad blood because bad blood can be infectious,” Garcia said.