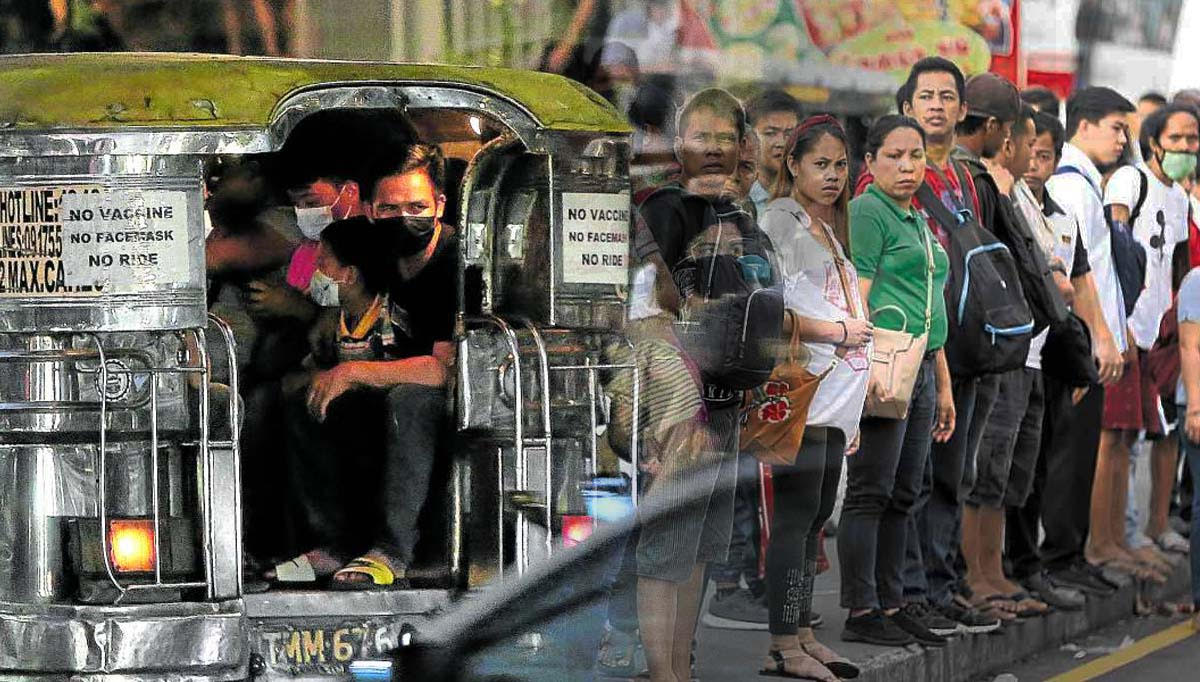 Composite image showing commuters packed in jeepneys and waiting for their rides. FROM FILE PHOTOS

It said that even before the COVID-19 crisis hit in 2020, there had already been a massive shortage of 2.8 million daily public utility vehicle trips in Metro Manila as bus and jeepney trips collapsed by 14 percent from 2012 to 2019.

This, even if the transportation demand then was 10 million every day. The coalition said that in 2020, as the Philippines was expected to ease its COVID-19 restrictions, the demand was seen to hit 4.98 million every day.

Over the past decade, the group stressed that despite the growth in population, there has been hardly any increase in the supply of public utility vehicles (PUVs). This was worsened by consecutive oil price hikes.

Half of 4.98 million were then expected to suffer from additional travel time of one hour for every trip because of the lack of PUVs. The other half will have a 10-minute travel time increase because of traffic congestion.

Samar Rep. Edgar Sarmiento, chair of the Committee on Transportation in the House of Representatives, told INQUIRER.net the essence of motorcycle taxis is evident: “We really lack mass public transportation.” 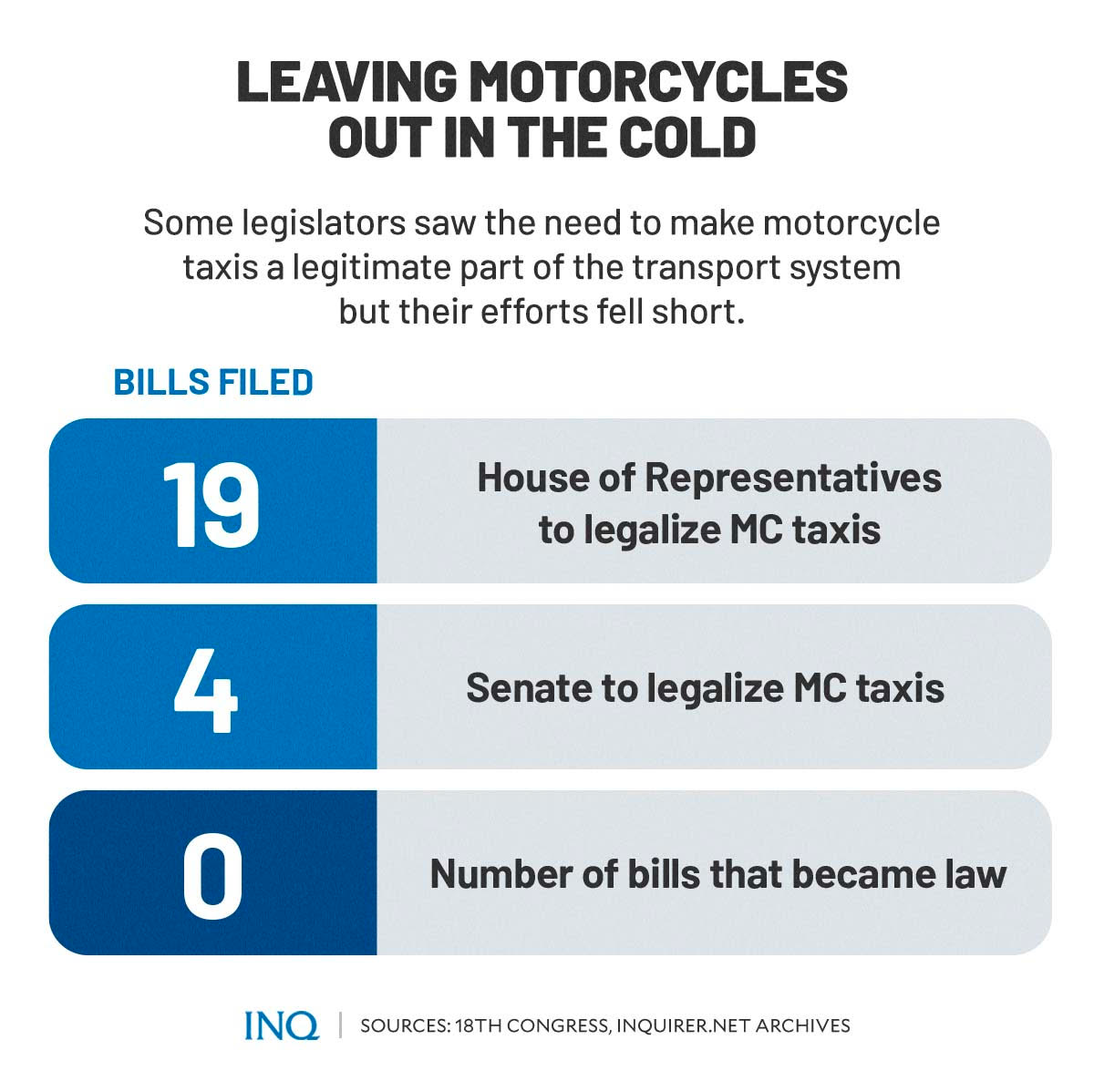 Transportation, which is essential for Filipinos, especially to go to work, eats up 40 percent—P200—of the daily minimum wage in Metro Manila. From P530, the minimum wage was already increased to P570 last June 4.

Sarmiento said he is hoping that House Bill (HB) No. 10572, which is a consolidation of 18 proposals to legalize and regulate the operations of motorcycle taxis, will become law, but the 18th Congress ended without it since its counterpart version Senate Bill (SB) No. 1341 came to a standstill.

It was on Jan. 31 when the House of Representatives, with 189 votes, passed HB No. 10571 on third and final reading. Sarmiento told INQUIRER.net that the passage took two years since “we did not want to commit any mistake.” 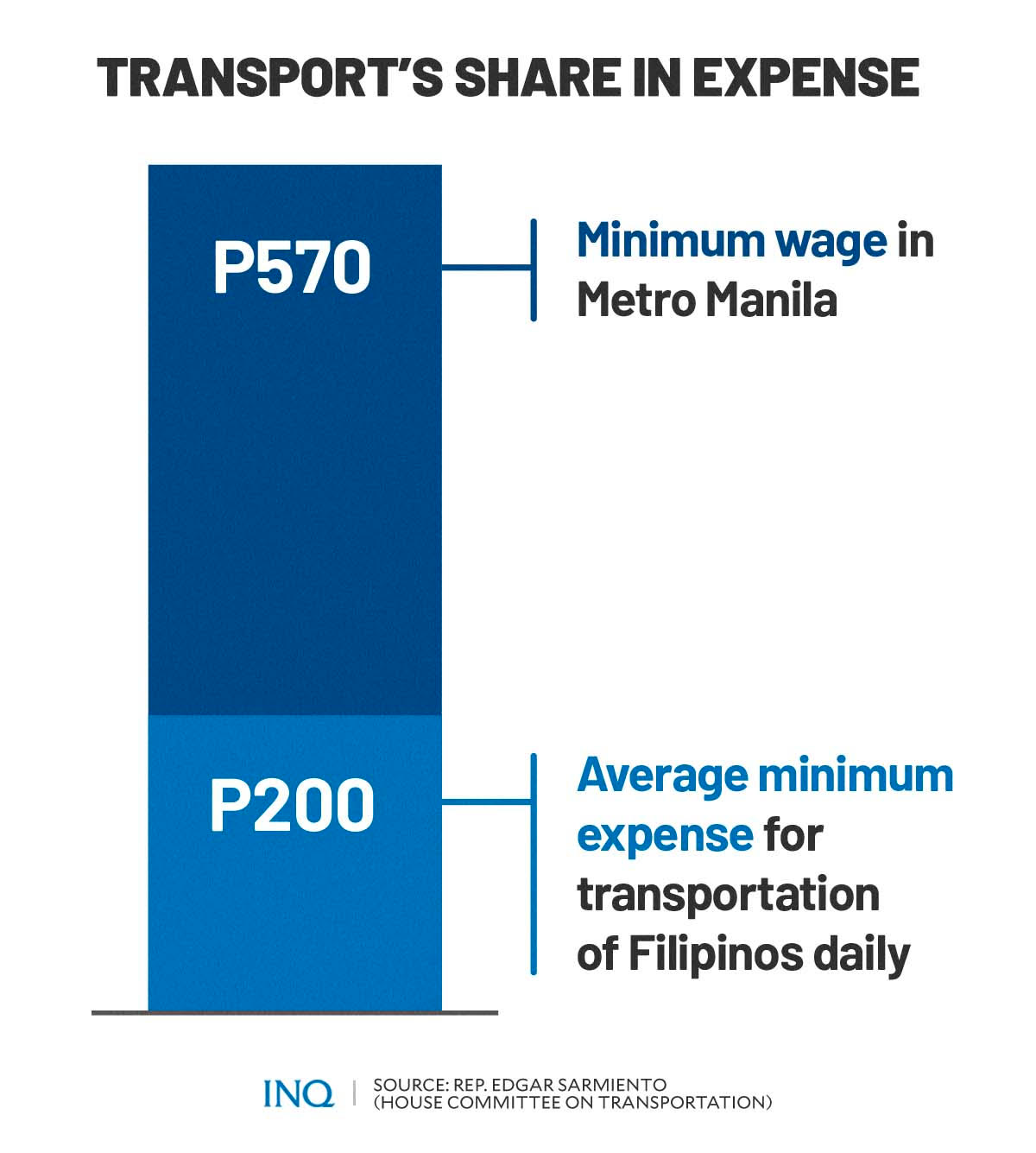 The lawmaker, who said that “we’re already done with our homework,” sent Sen. Grace Poe a letter last Feb. 14 to seek the assistance of her office for the immediate passage of SB No. 1341, the Senate version of the bill.

Poe, who is the chair of the Senate Committee on Public Services, had expressed hope that the legislation will finally become a law, saying that with the support it got when it was sponsored in 2020, “we can reasonably expect a swift passage.”

She told INQUIRER.net that she committed herself to advance the bill for the Senate’s consideration once session resumed last May 23. Two Senate committees—public services and local government—already approved the bill on Feb. 13, 2020.

Charles Punsalang, one of the officials of Citimuber PH, an applicant for the pilot run of motorcycle taxis, said motorcycles are significant, especially when it is legally recognized as a mode of public transportation.

There is a need for a law since Republic Act No. 4136—or the Land Transportation and Traffic Code—limits public conveyances to four-wheeled vehicles. 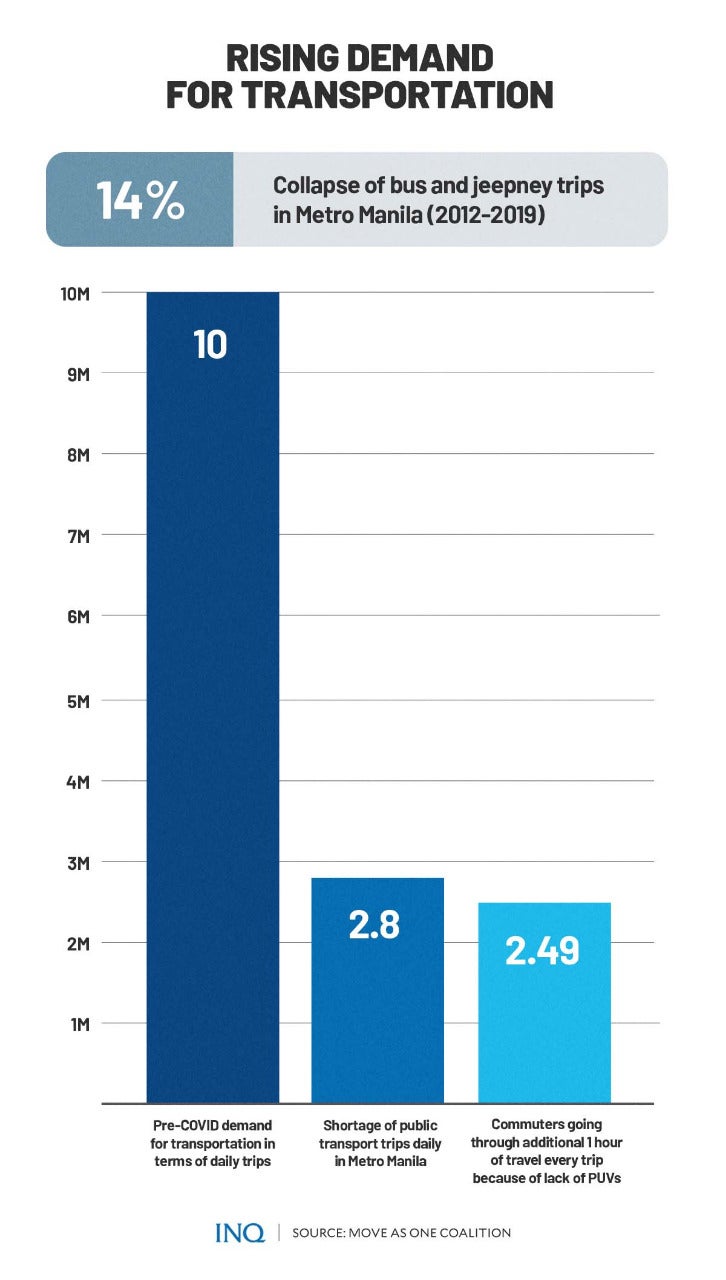 “This will greatly help every Filipino because first, when one needs to get to his or her destination immediately, like when you need to get to work, motorcycles can lessen travel time,” he told INQUIRER.net.

If the bill became law, all qualified companies that employ motorcycles to ferry passengers or deliver food, parcels and mails, should have been given a chance to get a permit from the government.

This, as the existing pilot program implemented by the Department of Transportation only limits participants to three companies: Angkas, JoyRide and Move It.

HB No. 10571 proposed that a two-wheeled vehicle intended to be used as motorcycle-for-hire should be registered with the Land Transportation Office, which will make certain the roadworthiness of all motorcycles-for-hire.

The franchising of these in metropolitan and urbanized areas with existing and operating transportation network companies (TNC) or OEPP is vested in the Land Transportation Franchising and Regulatory Board (LTFRB). 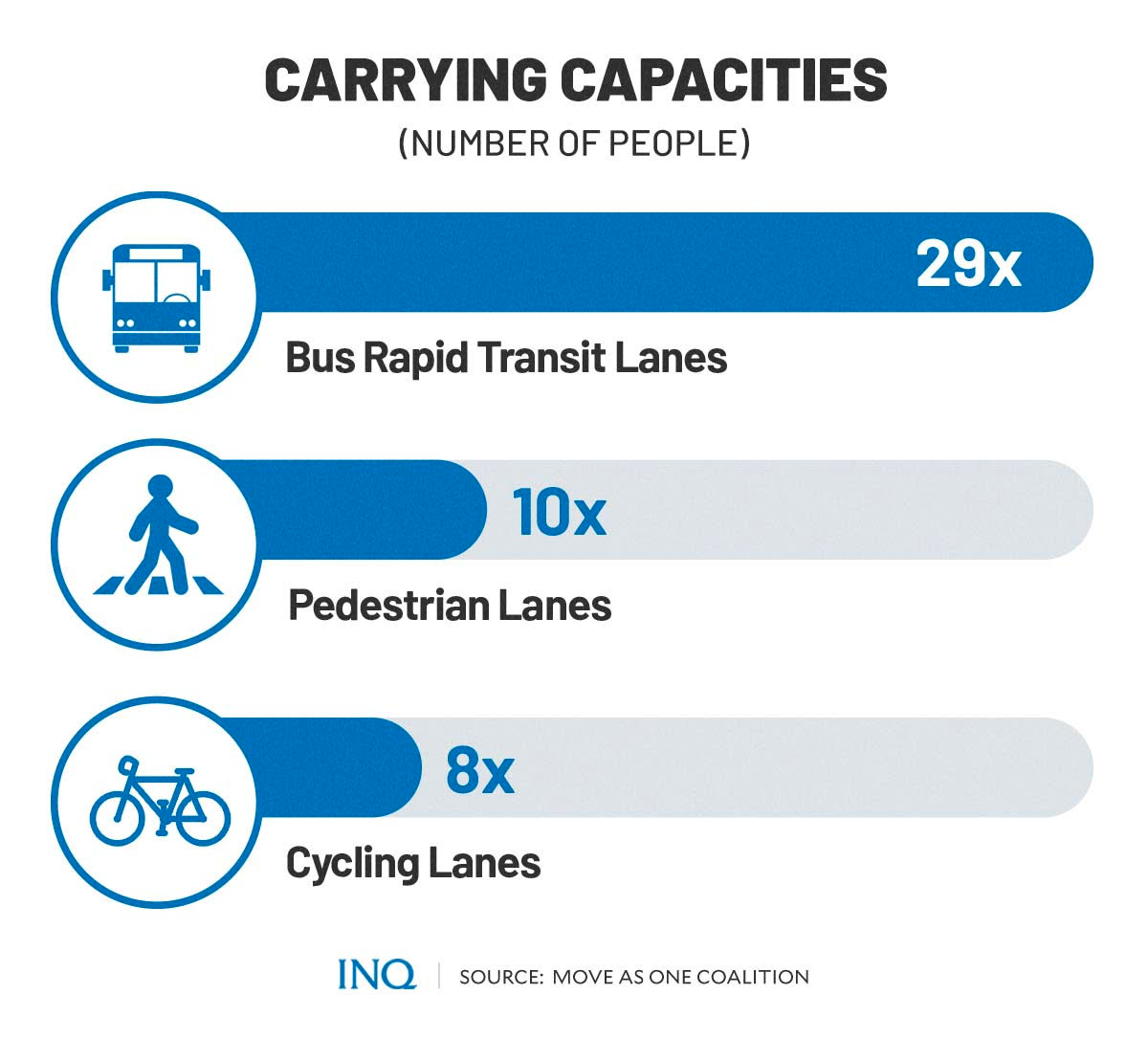 In places where there are no existing or operating TNC or OEPP, the application for a franchise shall be coursed through the LGU where the motorcycle-for-hire intends to operate. It may only operate within the LGU.

In case of accidents, the operator and the TNC or OEPP providing the digital platform shall be jointly and solely liable, with rights of subrogation against any party at fault. Provided that the liability of the TNC or OEPP shall not exceed the amount of the insurance coverage of the operator.

This, as the Move As One said motorcycles are the riskiest form of motorized transportation in the country, accounting for most injuries and deaths from road crashes.

Despite their poor safety record and the negative environmental impact of motorcycles generally, like production of harmful emissions, motorcycle use is increasing very fast in the Philippines, the coalition said.

It stressed that between 2010 and 2016, the number of registered motorcycles and tricycles nationwide has increased from 3.5 million to 5.3 million.

While the Move As One said that it supports the legalization and regulation of motorcycle taxis, to really solve the transportation crisis and address crucial health, environmental and climate change issues, “we need to attract as many Filipinos as possible to walk, to use public transport, or to cycle for their daily travel”.

The SWS said last year that the result of its survey in 2020 showed that 85 percent of Filipinos believed that their city or municipality will “become a great place for cycling and walking.” 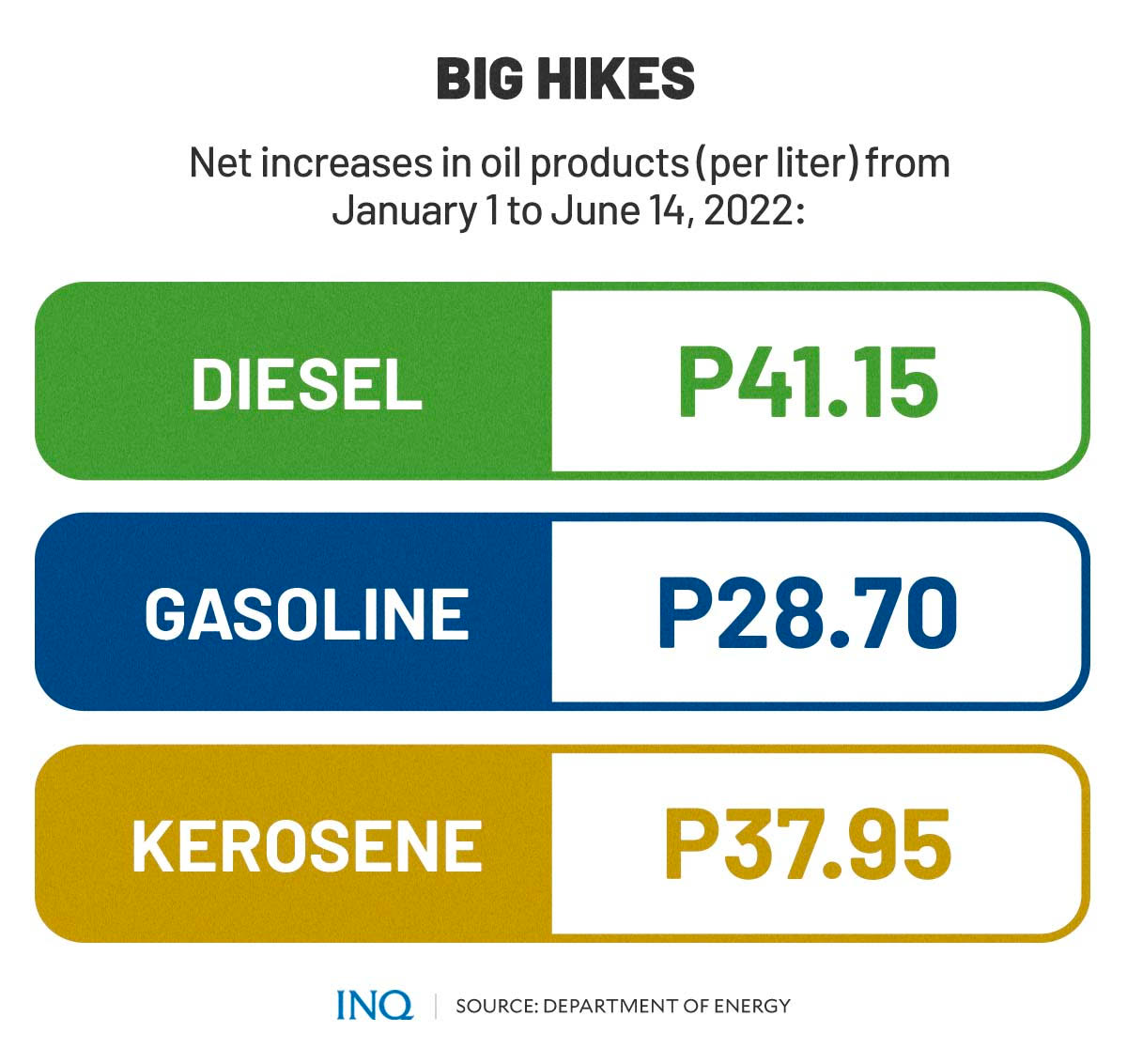 Looking at data from the Metropolitan Manila Development Authority, it said that from 2012 to 2019, the number of vehicle trips by motorcycle has tripled during this period; trips by private cars have also increased.

“However, it was alarming to see that the number of trips by buses and jeepneys decreased during this period.  These are clear signals that whatever we are doing today is not working or is far from enough,” the coalition said.

“We also need to ask whether we are addressing only a symptom rather than the root causes of the problem. The reason why many Filipinos are choosing to use motorcycle taxis despite the safety risks and their relatively high cost as a means of transportation is that other preferred transportation options are not available to them or very inconvenient to use.”

It stressed that motorcycle taxis are increasingly popular because the quality and availability of sustainable transportation modes—public transport, walking and cycling—remains very low.

The proposed authorization of motorcycle taxis should be considered as much as possible a stop-gap or intermediate measure to help solve the current deficit in public transport supply or to address the lack of employment opportunities, it said.

“Long term, comprehensive solutions are needed; Filipinos deserve better. Therefore, we request that the support for the proposed bills should be matched and exceeded by parallel efforts to pursue reform and amendment of outdated and obsolete transportation policies and institutions so that we can achieve a transformed and improved mobility environment for all Filipinos.”