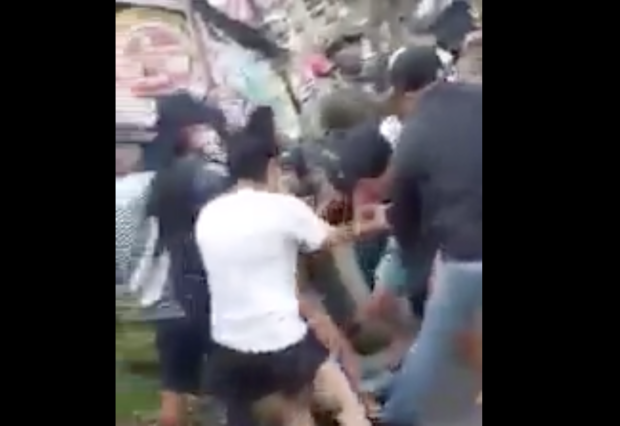 MANILA, Philippines — The Commission on Human Rights (CHR) has started its own investigation on the arrest of an elderly environmental activist in Pakil, Laguna for rebellion charges, saying that they will look into allegations that the arrest was baseless and excessive force was used by the police.

In a statement on Friday, CHR Executive Director Jacqueline de Guia said CHR’s office in Calabarzon is digging deeper into the case of Daisy Macapanpan, who was arrested last June 11.

Police said Macapanpan was a ranking member of the Communist Party of the Philippines – New People’s Army (CPP-NPA), but her friends and colleagues have disputed these allegations.

“The [CHR], through its Regional Office in Region IV-A, is already conducting a motu propio (on its own) investigation into the arrest of environmental defender and activist Daisy Macapanpan on Saturday, 11 June 2022 in Pakil town, Laguna,” de Guia said.

“Environmental groups and colleagues have since questioned the basis, as well as the manner, of the arrest claiming that excessive force was also used.  CHR will be looking into these allegations of several human rights violations — noting allegations of police brutality, crackdown of dissent, as well as red-tagging — said to have links to the environmental cause of Macapanpan,” she added.

CHR also noted that Macapanpan’s arrest came after she delivered a speech against the construction of a dam over Mt. Inumpong, a part of the Sierra Madre mountain range that sits near Pakil.

This comes as Pakil’s town mayor also questioned the incident, saying that Macapanpan was arrested on vague charges.

“According to reports, she was arrested after delivering a speech protesting the construction of the Ahunan Pumped-Storage Hydropower Project on top of  Mt. Inumpong of the Sierra Madre mountain range along Pakil, Laguna, which was said to negatively impact the environment, the wildlife, and the religious practices of the community in the affected area,” de Guia said.

“The arrest was reportedly carried out by a 25-member Philippine National Police-Special Action Force team using an alias to identify Macapanpan and by virtue of a warrant of arrest for an alleged rebellion case in 2008,” she added.

Just this Wednesday, the Philippine National Police, during a television program, released body-worn camera footage taken during Macapanpan’s arrest to disprove allegations that the Miranda rights were not read after the activist was apprehended.

Also recorded were Macapanpan’s questions on who is being arrested, claiming that she does not know the individuals mentioned by the arresting officer.  She also insisted that police personnel on the ground bring her to the barangay captain so that her identity can be ascertained.

Macapanpan, accused of being a part of the communist rebels’ Southern Tagalog Regional Party Committee (STRPC), was only arrested by five officers, according to Divino.

Several of Macapanpan’s colleagues, including those from her days as a University of the Philippines – Baguio instructor, called on the police to release the activist from detention, claiming that the suspect was merely defending the people’s rights to a good environment.

RELATED STORY:
Friends of green activist accused of being CPP-NPA member call for her freedom