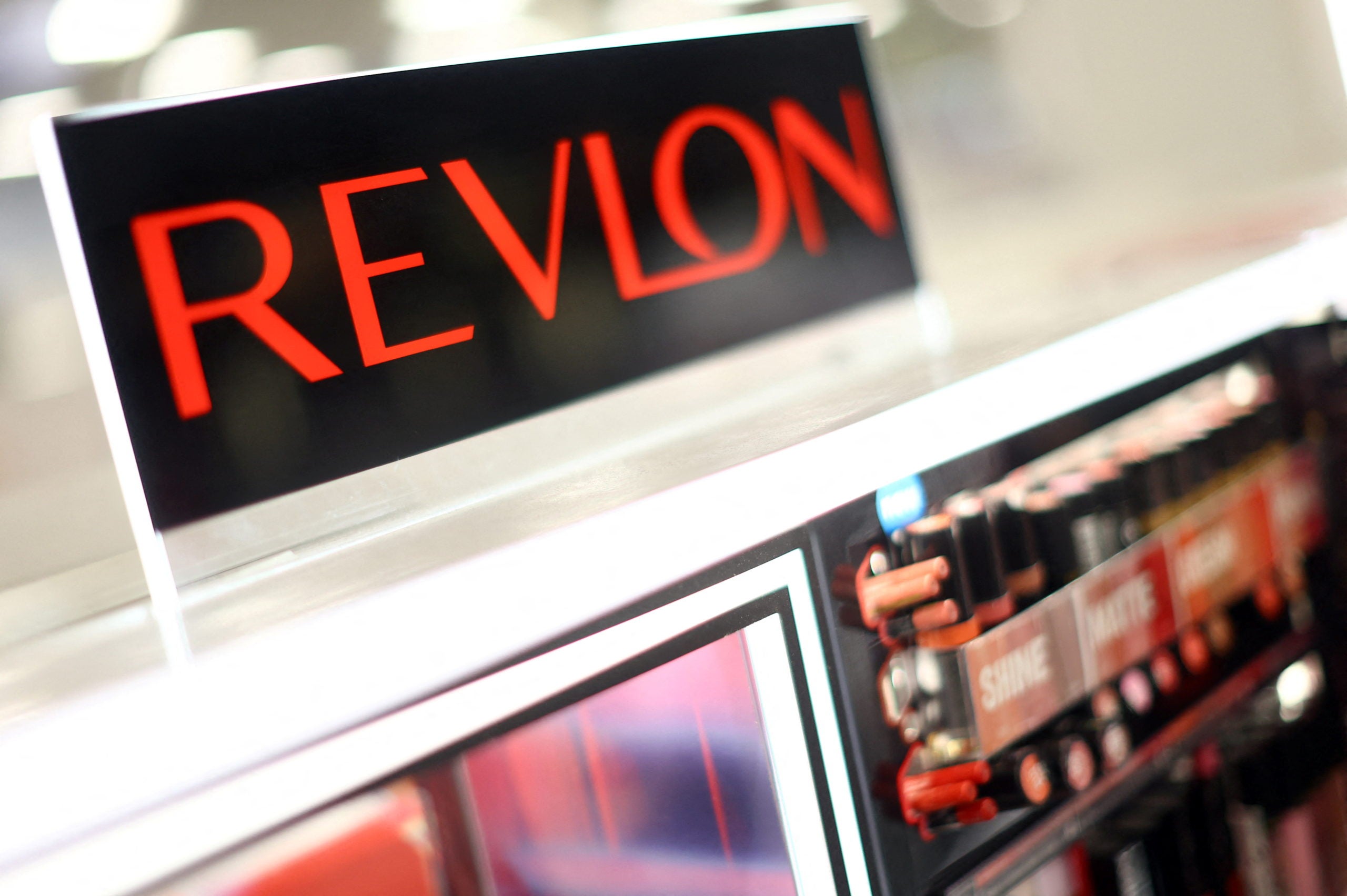 Revlon signage is seen on display in a Boots store in London, Britain, June 16, 2022. REUTERS/Hannah McKay

Known for its nail polishes and lipsticks, the 90-year-old company in recent years has lost shelf space and sales to startups backed by celebrities such as Kylie Jenner’s Kylie Cosmetics and Rihanna’s Fenty Beauty.

In its bankruptcy filing, Revlon said supply chain disruptions in the spring prompted intense competition for ingredients used to make its products. At the same time, vendors that traditionally offered up to 75 days for payment began demanding cash in advance of new orders, while labor shortages and inflation added to its troubles, it said.

“For example, one tube of Revlon lipstick requires 35 to 40 raw materials and component parts, each of which is critical to bringing the product to market,” Robert Caruso, who was hired as Revlon’s chief restructuring officer, wrote in a court filing.

“With shortages of necessary ingredients across the company’s portfolio, competition for any available materials is steep.”

The COVID-19 pandemic has lengthened ship delivery times since 2020, pushing up freight costs, while the Russia-Ukraine conflict and lockdowns in Shanghai have added to supply chain disruptions this year.

Shares in Revlon fell as much as 44% on Thursday on the bankruptcy filing before closing down 13%.

The shares had halved in market value between last Thursday and close of trading on Wednesday. Media reports of a potential bankruptcy filing emerged on Friday.

Revlon, which was formed in 1932 by brothers Charles and Joseph Revson and Charles Lachman, started off selling nail enamel. It was sold in 1985 to MacAndrews & Forbes – which remains the controlling shareholder and is owned by Ron Perelman – and went public 11 years later.

Revlon bought Elizabeth Arden in an $870 million skincare bet in 2016 to fend off competition. It houses brands including Britney Spears Fragrances and Christina Aguilera Fragrances.

But the company’s sales lagged over the years and in 2021 fell 22% from its 2017 levels. In contrast, competitors like CoverGirl, owned by Coty Inc, have gained market share by investing heavily to improve supplies.

The company also made headlines two years ago when Citigroup Inc accidentally sent nearly $900 million of its own money to Revlon’s lenders.

Revlon asked its bankrutpcy judge to confirm that the Chapter 11 filing would not stop Citibank’s ongoing appeal over the $504 million it is still trying to recover fom Revlon lenders. A quick prompt resolution of the dispute would help its bankruptcy case move forward, it said in court papers.

The mistaken payment is part of a complex battle between Revlon’s pre-bankruptcy lenders, who have jockeyed for control during Revlon’s attempts to defer debt payments.

An attorney representing junior creditors, Clark Whitmore, said in court that the senior lenders’ “feeding frenzy” would destroy value for stakeholders that are lower on the food chain.

Revlon plans to fund its bankruptcy case with $575 million in debtor-in-possession financing from its existing lender base. It listed more than $3.54 billion in liabilities in its court filing late on Wednesday.

The company said none of its international units, except Canada and the United Kingdom, are part of the Chapter 11 bankruptcy proceedings.

Mittleman Brothers Investment Management, which holds about 3% of the company’s stock, expressed hope equity holders would manage a decent payout despite the bankruptcy.

That could happen if Revlon manages higher sales that allow it to overcome supply chain issues, Chris Mittleman said in an email to Reuters.