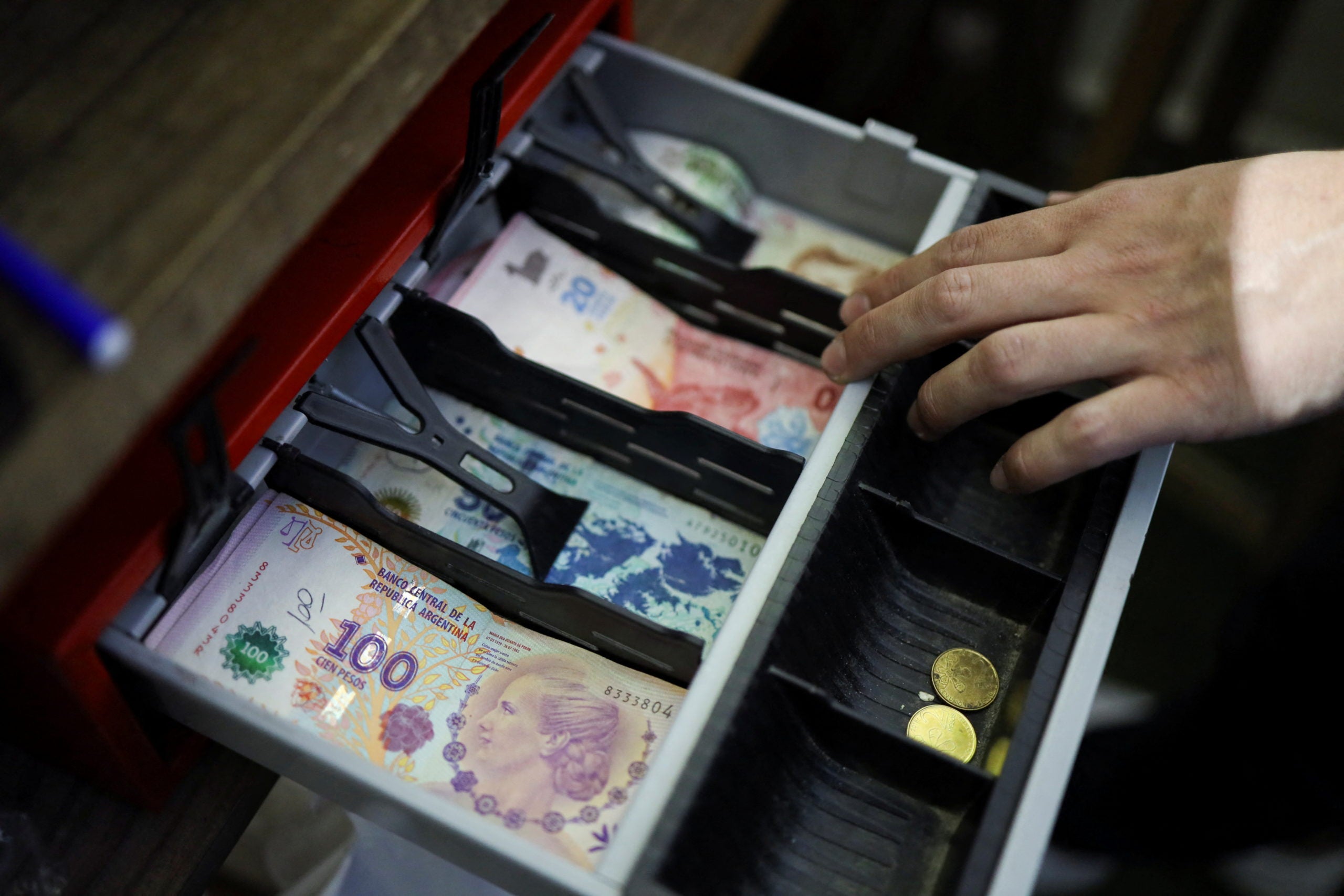 A cashier looks for change in her cash register machine, as Argentine peso bill continues to devalue by years of inflation, meaning people need to carry huge wads of cash, in Buenos Aires, Argentina May 23, 2022. REUTERS/Cristina Sille

BUENOS AIRES  — Argentina’s central bank raised its benchmark interest rate by the most in three years on Thursday, hot on the heels of a major hike by the U.S. Federal Reserve and as the South American country firefights sky-high inflation running at over 60%.

The central bank upped the benchmark Leliq rate by 300 basis points to 52%, the sharpest rise since 2019, citing rising perception of financial risk, soaring global prices and the need to spur saving in the hard-hit local peso currency.

The move by Argentina, which suffers one of the highest levels of inflation globally, comes as central banks around Europe and in giant neighbor Brazil have hiked rates in recent days to counter rising prices.

“The rise in rates acts mainly by encouraging savings in pesos,” the central bank said, adding it would continue to calibrate monetary policy with an eye on inflation.

Fueled initially by soaring oil prices in the wake of Russia’s invasion of Ukraine, global inflation has broadened out to everything from food to services with double digit readings in some countries around the world.

Argentina, a major grains exporter which is trying to rebuild depleted foreign currency reserves, saw prices rise 5.1% in May alone and many anticipate annual inflation hitting above 70% this year, a major drag on savings and salaries.

Government sources on Thursday said they expected inflation for the year to come in between 52% and 62%, which would be well below analyst forecasts but above targets agreed with the International Monetary Fund (IMF) as part of a recent deal.

The central bank said it expected monthly inflation to “continue to decline gradually” after hitting a peak in March.

Analysts said the sharp hike was a sign of the bank’s desperation to rein in inflation and ensure investors didn’t pull out of peso-denominated securities.

“It feels like the central bank is playing catch in this fight,” said Christian Viand, a managing partner at settlements and clearing agent Criteria in Buenos Aires.

Mariano Sardáns, chief executive of FDI Wealth Manager, said the hike was unlikely to tame inflation because confidence in the peso was already shot and few believed prices could be brought under control after years of high inflation.

“What exists is full distrust,” he said.

Argentina is a major exporter of soy, corn and wheat, which has increasingly come into focus amid a global supply crunch. It is also the largest debtor to the IMF, securing a new $44 billion deal earlier this year.