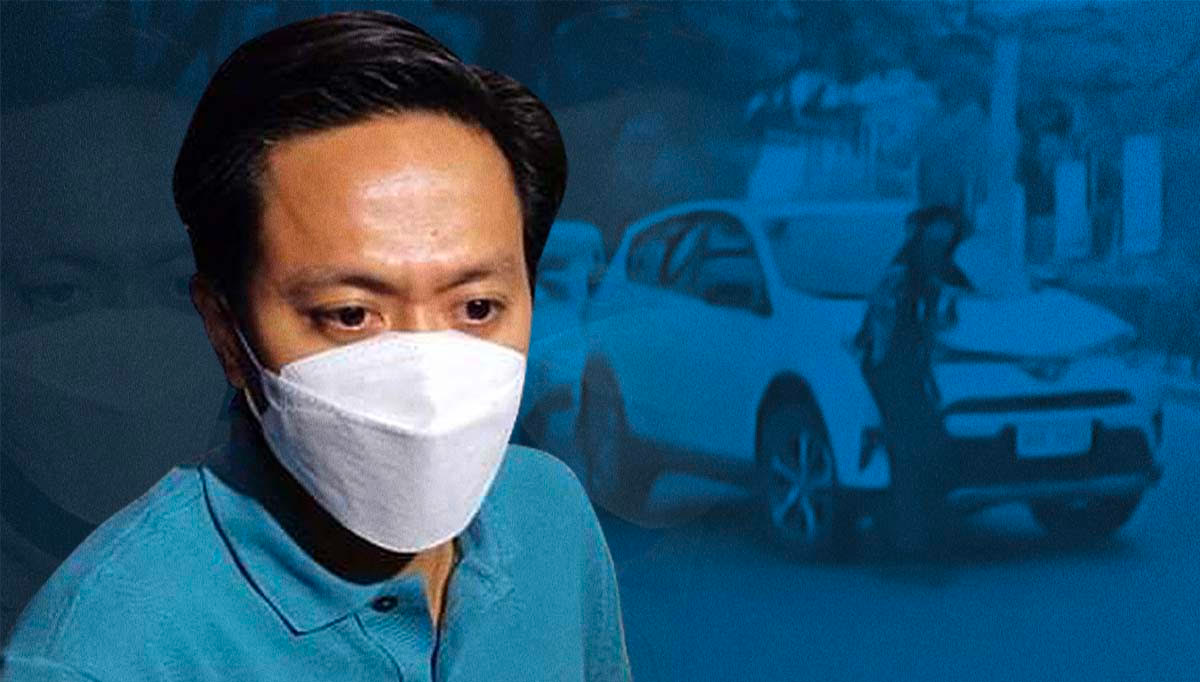 MANILA, Philippines—The law is clear: Anyone who shall fail to help or assist someone whom he or she has accidentally wounded or injured while driving a motor vehicle is liable for violation of Article 275 of the Revised Penal Code (RPC).

This was one of the cases filed against Jose Antonio Sanvicente, the 34-year-old owner of the sports utility vehicle (SUV), a Toyota RAV4, that hit then ran over a 31-year-old security guard who was manning traffic in Mandaluyong City on June 5.

It was last June 7 when Mandaluyong City police chief Col. Gauvin Unos said “the owner of the vehicle was identified” and that police had already filed cases of frustrated murder and abandonment of one’s own victim.

The hit-and-run driver presented himself to the police on Wednesday (June 15), saying sorry for what happened to the guard. However, he was not locked up after the press conference, walking free from Camp Crame in Quezon City.

The white Toyota RAV4 with license plate No. NCO 3781, owned by Sanvicente, was already turned over to the Highway Patrol Group of the Philippine National Police (PNP).

The horrific scene, filmed by a dashboard camera in another car, left Christian Floralde with difficulty in breathing and abrasion at the back of his head.

He was admitted in an intensive care unit and was discharged five days later.

Floralde was only directing traffic at the intersection of Julia Vargas Avenue and St. Francis Street in Mandaluyong City at 4 p.m. when he was hit by the RAV 4. He fell to the ground and then the RAV 4 ran over him and sped away.

Sanvicente presented himself and was given 30 minutes in the “Pulis @ Ur Service” program, which UNTV hosts. However, his lawyer, Danilo Macalino, did most of the talking.

Macalino explained that whatever statements made by Sanvicente in the press conference might prejudice the cases filed against him by the police. The PNP said it now considers the case “solved.”

The legal encyclopedia of the website nolo.com said hit-and-run is “a crime that has to do with the aftermath of an accident”. The main element is the failure of the driver involved in the collision to do these:

It stressed that while hit-and-run cases often involve two moving cars, this kind of collision can likewise involve a car striking a pedestrian, cyclist, parked car, or stationary property.

Since the driver, who was not yet identified then, sped away as he ran over the security guard, the Intelligence and Investigation Division of the Land Transportation Office (LTO) issued a show-cause order.

The LTO said the “assigned driver” is directed to file a written comment or explanation of why he should not be administratively charged for violations of Republic Act (RA) No. 4136—The Land Transportation and Traffic Code.

Section 48 of the law states: “No person shall operate a motor vehicle on any highway recklessly or without reasonable caution […] or so as to endanger the property or the safety or rights of any person or so as to cause excessive or unreasonable damage to the highway.” 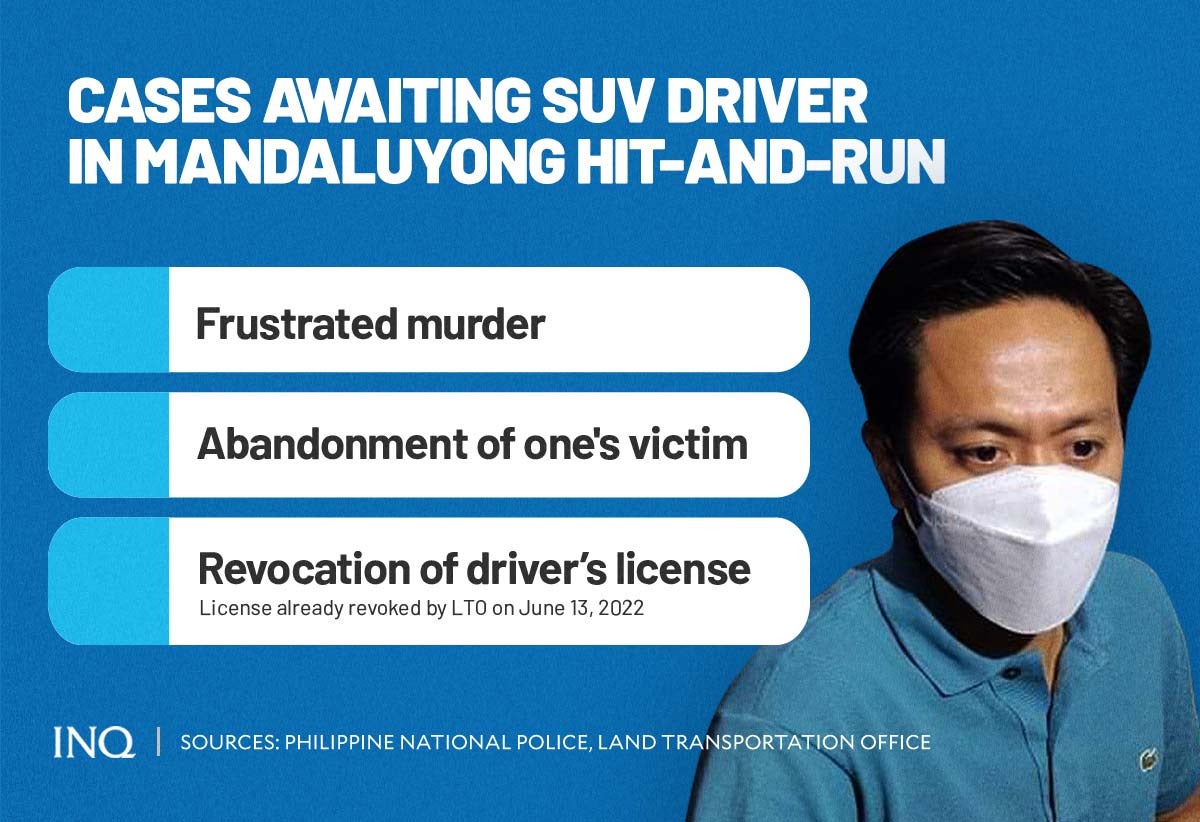 Last Monday (June 13), the driver’s license of Sanvicente was revoked by the LTO since he was found liable by the agency for reckless driving (Section 48) and violation of Section 55 of RA No. 4136.

The LTO likewise confirmed that he had already been apprehended thrice—2010, 2015, and 2016—for reckless driving. Sanvicente is now perpetually barred from getting a driver’s license and driving a motor vehicle.

Data from the Philippine Statistics Authority, which was still the National Statistics Office in 2015, showed that there have been 2,810 cases of hit-and-run from 2010 to 2012.

The Land Transportation Franchising and Regulatory Board even expressed concern on the increasing number of hit-and-run cases involving public utility vehicles (PUVs).

Based on data from the Metro Manila Development Authority (MMDA), private cars (118,522) and motorcycles (35,006) have the highest percentage in road mishaps every year: 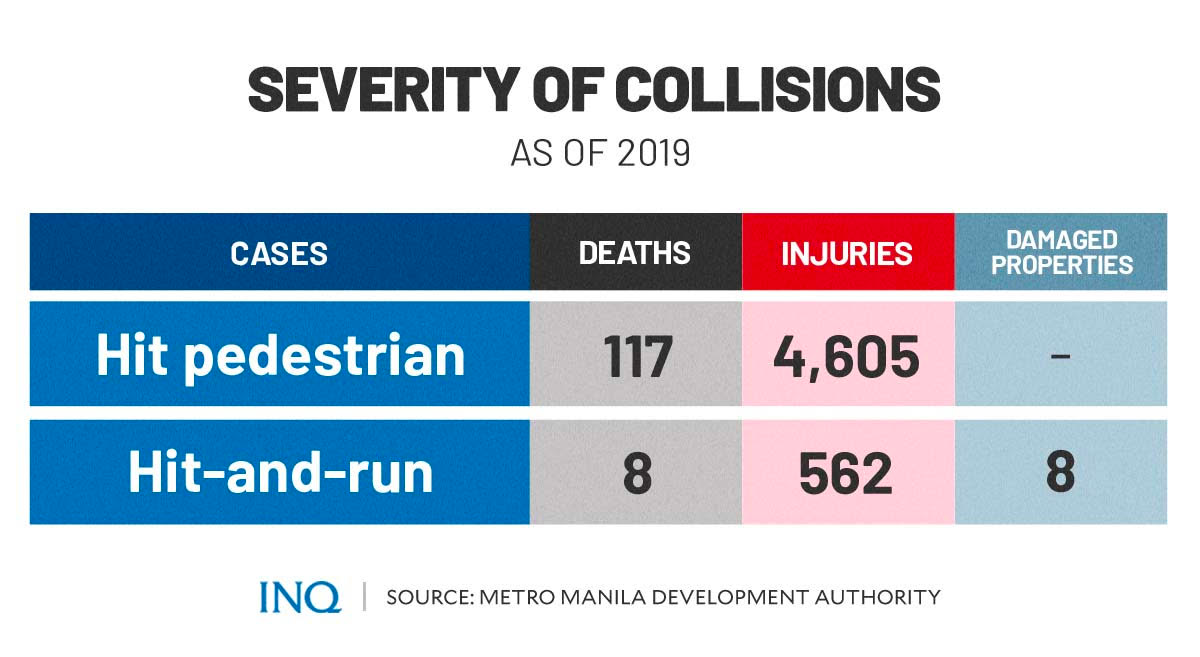 It was last Aug. 23, 2020 when 23-year-old nurse Renz Perez was hit by a pickup truck on Padre Burgos Avenue and Maria Orosa Street. The vehicle sped off and the driver surrendered only two weeks later.

On Dec. 25, 2021, three individuals were killed in a hit-and-run incident in Pasay City. The police said the van belonged to a company, which was said to be servicing Philippine Offshore Gaming Operator (Pogo) workers. 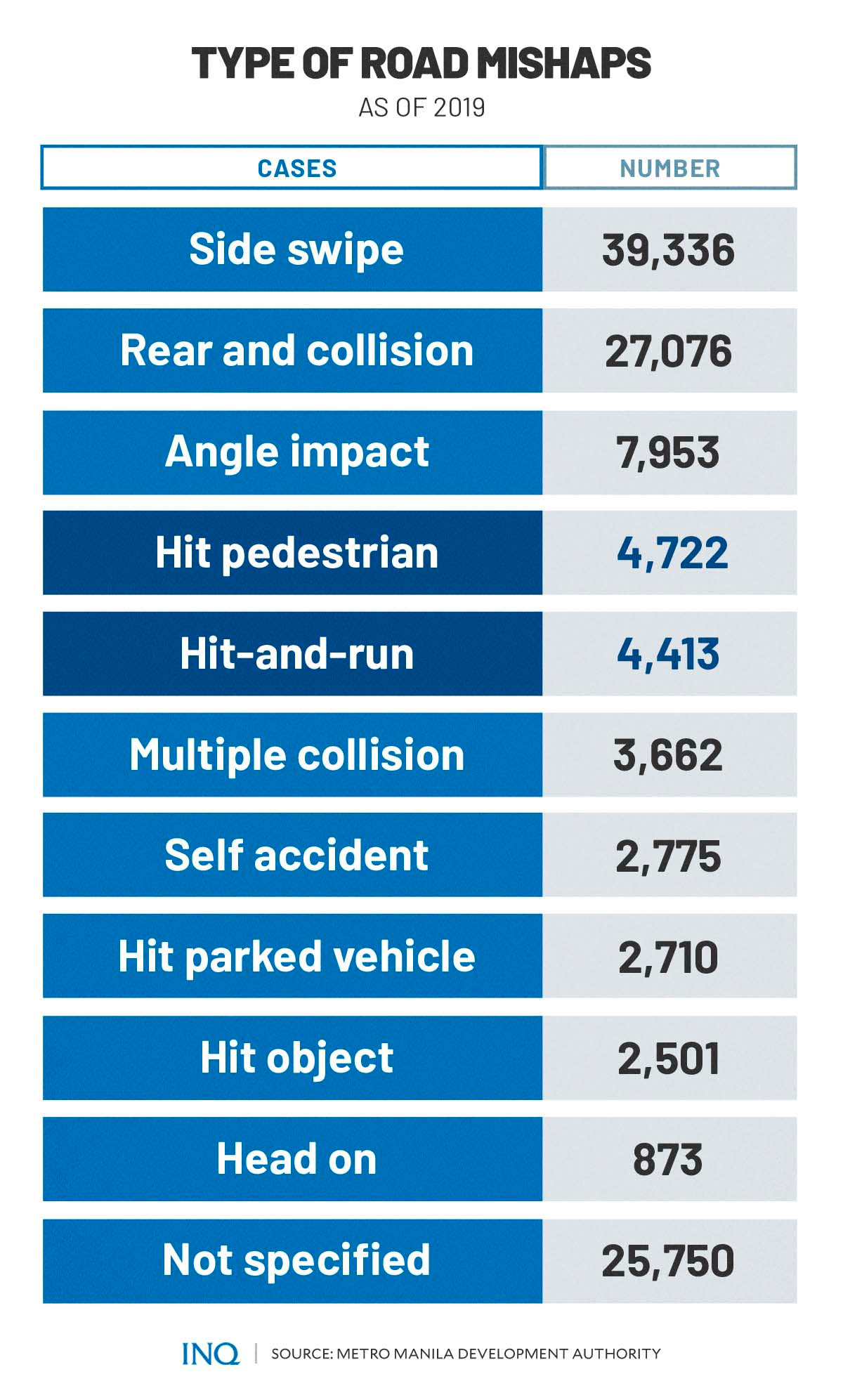