Zelensky ‘grateful’ for new US arms package to Ukraine 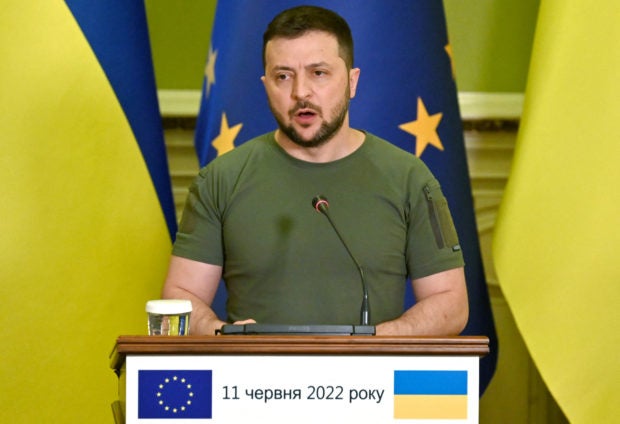 KYIV—Ukrainian President Volodymyr Zelensky said Wednesday he was “grateful” for a new American arms package to Kyiv after speaking to US President Joe Biden.

“The United States announced new strengthening of our defence, a new $1 billion support package,” Zelensky said in an evening address. “I am grateful for this support, it is especially important for our defence in (the eastern region of) Donbas.”

“I am also grateful for the (US) leadership in mobilising the help of all partners,” the Ukrainian leader said.

He said he also discussed with the US president “the tactical situation on the battlefield and how to accelerate our victory”.

Kyiv has been pleading for more Western weapons to help it counter Russia’s invasion, with its army outgunned by Moscow’s forces.

“Every day I fight for Ukraine to get the necessary weapons and equipment,” Zelensky said.

“But courage, wisdom and tactical skills cannot be imported. And our heroes have those.”

The UK leader said on Twitter that London supports Kyiv “until its eventual victory”.

“The @G7 and @NATO summits later this month will be an opportunity to demonstrate the West’s unity and resolve to support Ukraine in the long-term,” Johnson said.