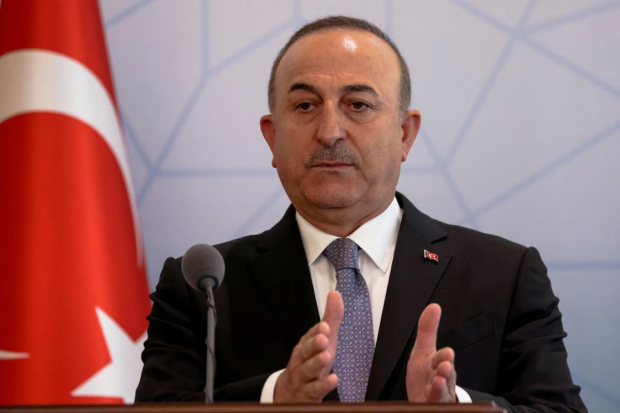 ANKARA/UNITED NATIONS — Russia on Wednesday said it has offered “safe passage” for Ukraine grain shipments from Black Sea ports but is not responsible for establishing the corridors and Turkey suggested that ships could be guided around sea mines.

Ukrainian grain shipments have stalled since Russia’s invasion and ports blockade, stoking global prices for grains, cooking oils, fuel and fertilizer. The United Nations is trying to broker a deal to resume Ukraine exports and Russian food and fertilizer exports, which Moscow says are harmed by sanctions.

“We are not responsible for establishing safe corridors. We said we could provide safe passage if these corridors are established,” Russia U.N. Ambassador Vassily Nebenzia said.

“It’s obvious it’s either de-mine the territory, which was mined by the Ukrainians, or ensure that the passage goes around those mines,” he told reporters.

Turkish Foreign Minister Mevlut Cavusoglu earlier on Wednesday said it would “take some time” to de-mine Ukraine’s ports but a safe sea corridor could be established in areas without mines under a U.N. proposal. Ankara was still awaiting Moscow’s reaction to the plan, he said.

“Since the location of the mines is known, certain safe lines would be established at three ports,” Cavusoglu said. He said commercial ships, using guidance of Ukrainian vessels as detailed in the plan, “could thus come and go safely to ports without a need to clear the mines.”

The U.N. has been “working in close cooperation with the Turkish authorities on this issue,” said U.N. spokesman Stephane Dujarric. “In order for this to go forward there will be a need for agreement from the Ukrainian side, from the Russian side,” Dujarric added. 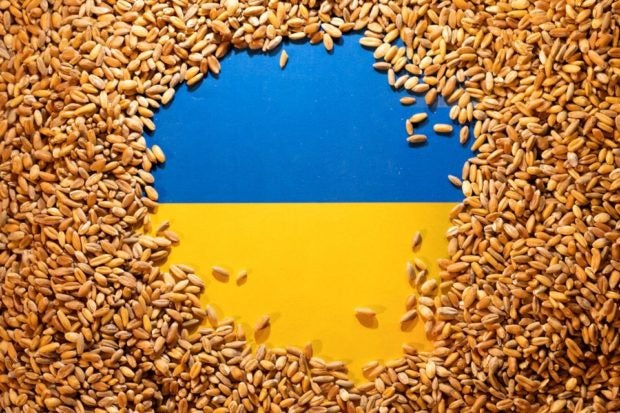 Ukrainian flag is covered with grains in this picture illustration taken May 9, 2022. REUTERS

Ukraine fears that de-mining its ports would leave it far more vulnerable to Russian attack from the Black Sea.

“Our military people are against it, so that’s why we have very, very limited optimism for this model,” David Arakhamia, a lawmaker and member of Ukraine’s negotiation team with Russia, said at an event in Washington on Wednesday.

John Kirby, a national security spokesperson at the White House, said getting grain out of Ukraine is a “tricky issue” but President Joe Biden is “keeping an open mind.”

“He is doing everything he can to get that grain to market,” Kirby told reporters. “We’re all mindful of the sense of urgency here. We’re working it very, very hard.”

Biden said on Tuesday that temporary silos would be built along the border with Ukraine in a bid to help export more grain and address a growing global food crisis.

Cavusoglu discussed the U.N. plan with Russian Foreign Minister Sergei Lavrov in Ankara last week, but said further discussions with Moscow and Kyiv were needed. Lavrov then said the onus was on Ukraine to clear mines around its ports for commercial ships to approach.

Turkey, which has the second-biggest army in NATO and a substantial navy, has good relations with both Kyiv and Moscow, and has said it is ready to take up a role within an “observation mechanism” based in Istanbul if there is a deal.