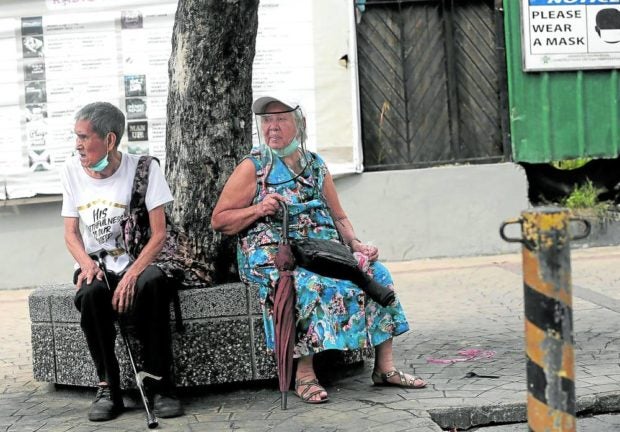 MANILA, Philippines — Justice Secretary Menardo Guevarra offered a suggestion on Wednesday to end the standoff between the Cebu provincial government and the Cabinet-led Inter-Agency Task Force for the Management of Emerging Infectious Diseases (IATF) over contradicting face mask policies.

According to him, Cebu officials can just ask the IATF for permission to do a pilot test of the optional wearing of face masks outdoors to see if it would lead to a surge in COVID-19 cases.

Guevarra made the proposal during an online media forum even as he stressed the national government’s authority to ensure that local governments observe national policies aimed at fighting COVID-19.

“What [Cebu] Gov. Gwen [Garcia] or any local government official who feels they can remove masks in their [local government] should do is to go to the IATF and say, ‘Maybe it’s time to modify the existing rule,’” Guevarra said.

He added that IATF members, mostly Cabinet secretaries, were “very reasonable” and “can easily adjust if there is scientific basis to take a particular action.”

“Just go to the IATF and make a proposal and that’s it. We can pilot test in Cebu,” he said.

“The IATF at the next meeting may probably consider that suggestion to test in Cebu. If there is no upsurge in cases even if face mask is optional, maybe it’s a good time to change the rule on mandatory wearing of face mask,” Guevarra said.

In a radio interview, Interior Secretary Eduardo Año said the national government might pursue charges against Garcia should she insist on enforcing her Executive Order No. 16.

According to him, the local order was in violation of President Rodrigo Duterte’s EO 151 signed in November last year which approved the nationwide implementation of the alert level system for COVID-19 response.

“If they continue that and it will lead to injury, damage, and confusion, the national government really cannot let that happen,” Año told dzBB on Wednesday, adding that Garcia could be held liable under Republic Act No. 3019 or the Anti-Graft and Corrupt Practices Act. Garcia’s EO 16 was adopted into an ordinance by the Cebu provincial government on Tuesday.

“Maybe the lawyers and the councilors have not read EO 151, which they were not following, and they were making their own interpretation,” Año said.

The conflicting policies on the mask mandate have put the local police in a bind as Año has ordered them “to continue to confront, apprehend and arrest, if necessary, all violators of IATF guidelines and [minimum public health standards] in the Province of Cebu.”

Año warns Garcia not to cause ‘undue injury, confusion’ with face mask rule