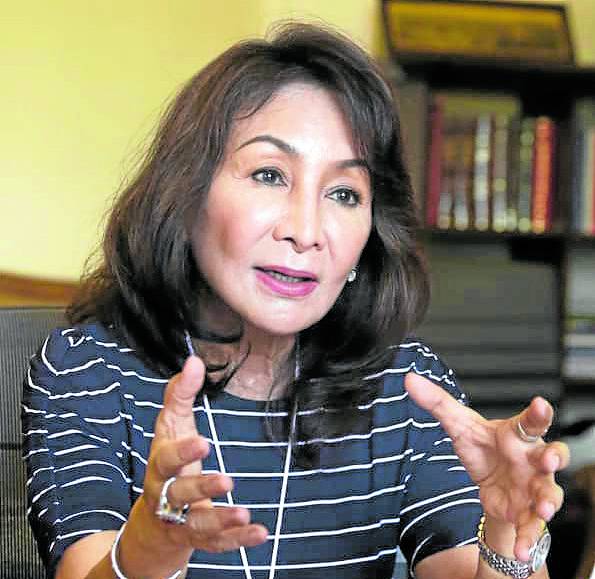 CEBU CITY—Cebu Gov. Gwendolyn Garcia has defended the province’s former police chief who had been sacked for supporting her directive to make the use of face masks optional.

At a press conference on Wednesday (June 15), Garcia called out the acting Philippine National Police (PNP) chief, Lt. Gen. Vicente Danao, for the “public shaming” of Col. Engelbert Soriano, who was Cebu provincial police chief until he was removed from his post for supporting Garcia on the face mask controversy.

“If you publicly shame a fellow officer, that does not speak well of your character,” the governor said, addressing herself to Danao.

“And above all, I think all officers, all uniformed personnel in the PNP for as long as they have acted within the bounds of law, deserve all due respect, even from an OIC PNP chief like Lt. General Vicente Danao,” Garcia said.

Garcia said she would have kept quiet on the relief of Soriano as she understood the processes of the PNP.

But she said what caught her ire was the public shaming and unceremonious removal of Soriano from his post.

Soriano was removed as Cebu provincial police chief last June 12, or a day after he issued a statement that he was supporting the executive order of Garcia on the optional use of face masks in Cebu province.

The governor threw back a question for Danao who accused Soriano of politicking.

“Then perhaps I can also publicly ask the question: Are you not politicking? Are you not, what was that in Filipino—hindi ka ba nagsi-sipsip just so you will finally be appointed (PNP chief)? Do not accuse other people of something that you may yourself be suspected of.”

It’s mask on in Cebu as IATF rule to prevail, says DOJ chief