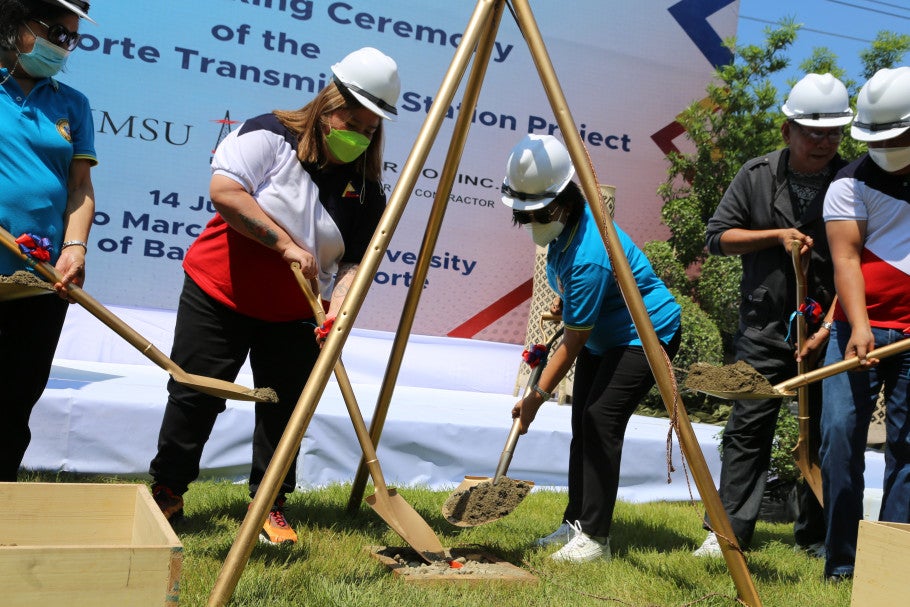 Officials of state-owned PTV-4 and Mariano Marcos State University take part in a groundbreaking ceremony for the establishment of a PTV-4 transmitter station in Ilocos Norte. PHOTO FROM MARIANO MARCOS STATE UNIVERSITY

The transmitter station, which would be built at Mariano Marcos State University (MMSU), would include a four-legged, 250-foot television broadcast tower and a building. Construction is set to begin in September and it will be fully operational by December this year.

Officials from MMSU and PTNI held a groundbreaking ceremony at the site on Tuesday (June 14).

The station “will broadcast relevant information and updates about national and regional development projects, especially highlighting that of Ilocos Norte,” according to MMSU.

Last May 2021 plans to build a transmitter station were finalized after PTV and MMSU signed an agreement to install a 1 kilowatt digital and 1 kilowatt analog transmitter on university grounds.

PTV would set up the transmitter in exchange for a 500-square meter property in MMSU, according to the deal.

Speaking to reporters, PTNI General Manager Katherine Chloe De Castro said that having a PTV station in the provinces would allow the public to know more about the programs of the government and what it does, especially in times of disasters.

With the station, De Castro said government information dissemination would be enhanced, calling it “timely,” especially with the transition from President Rodrigo Duterte and his successor, Marcos Jr., who hails from Ilocos Norte.

The transmitter station would also become a training ground for university students enrolled in BA in Communication, BS in Development Communication, and BS in Electronics and Communications Engineering, among others, according to MMSU President Dr. Shirley Agrupis.