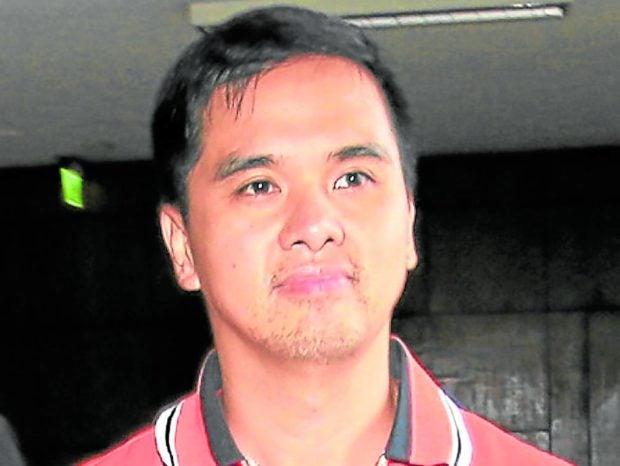 MANILA, Philippines — The Sandiganbayan has convicted businessman Cedric Lee and former Mariveles, Bataan Mayor Angel Peliglorio Jr. of malversation over the release of P23.47 million in town funds for a public market that was never constructed.

In a 54-page decision penned by Associate Justice Bernelito Fernandez, the antigraft court’s Third Division sentenced Lee and Peliglorio of 12 to 18 years in prison.

The court said there was enough evidence to prove that Peliglorio and Lee conspired in the release in 2005 of P23.47 million from town’s funds, in violation of Commission on Audit rules, for the construction of the Mariveles Public Market, which was never built.

“After a careful scrutiny of the records and thorough evaluation of the evidence adduced by the parties, this court is convinced, beyond a reasonable doubt, that accused Peliglorio and … Lee committed malversation punished under Article 217 of the Revised Penal Code, as amended,” read the court’s decision.

The Sandiganbayan was convinced that there was a conspiracy that led to the malversation of funds, even as Lee maintained in the course of the trial that P19.442 million of the total amount was advance payment for services he rendered, such as the detailed architectural design of the market.

The court pointed out that nothing in the evidence Lee submitted proved that his company Izumo was entitled to a lump-sum payment.

“Apart from self-serving statements, there was no breakdown of the designs and studies he (Lee) enumerated nor were there any contracts that would prove that he outsourced and paid the other services,” the Sandiganbayan stressed.

Lee also admitted during the trial that he had no contract with any individuals or groups he mentioned, the court said, with Peliglorio even denying he had any loan agreement with Landbank, Union Bank, and Lee.

Read Next
Long COVID-19 likely in those with preexisting conditions
EDITORS' PICK
House energy committee chair Arroyo bats for cheap electricity
Sierra Madre stands up to Karding, but needs protection vs the humans it saves
UNFPA Philippines Career Opportunities
Karding damage to infrastructure at P23M
Reignite your passion with the vivo Y35
Bongbong Marcos says PH ‘open for business’ with new Clark Airport terminal
MOST READ
Angelica Panganiban ‘duguan, sugatang mom’ one week into breastfeeding
LPA enters PAR, may develop into tropical depression
Badoy not with Office of the President, NTF-Elcac, under Marcos admin — solon
Charges readied vs gov’t guard with P290-M deposits
Don't miss out on the latest news and information.