Controversial trader must also pay P50K in damages to ex-partner Vina Morales
By: Jodee A. Agoncillo - Reporter / @jagoncilloINQ
Philippine Daily Inquirer / 05:05 AM May 29, 2018 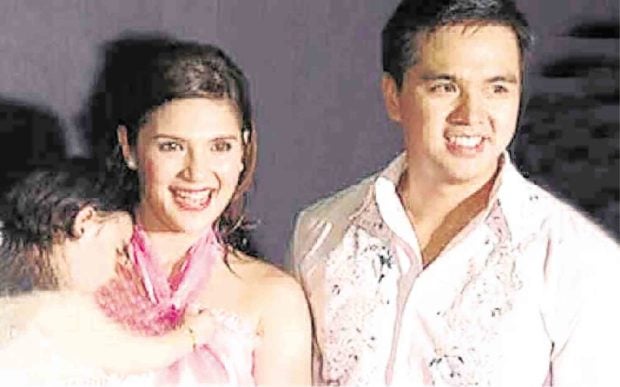 A Mandaluyong City judge on Monday convicted controversial businessman Cedric Lee, the former partner of singer-actress Vina Morales, of kidnapping and failing to return their daughter to her in 2016.

Judge Anthony Fama of the Mandaluyong Regional Trial Court Branch 277 found Lee guilty beyond reasonable doubt and ordered him to pay a fine of P300 on top of P50,000 in moral and civil damages.

Based on the court documents, Lee failed to return their daughter to Morales on May 14, 2016, as they had agreed upon in a compromise agreement. The two separated in 2009.

Lee finally returned the child to Morales’ sister during a hearing on May 23, 2016.

“It is beyond cavil that the prosecution was able to establish the guilt of the accused [in] the crime of which he is charged. The action of the accused in not immediately returning the custody of the minor was premeditated, intentional and malicious as he adamantly refused to return the custody of the minor to the complainant, through her sister, when he is legally obligated to do so,” the judge said.

The court fined Lee P300 and ordered him to pay Morales P25,000 in moral damages and P25,000 in nominal damages, with a yearly interest rate of 6 percent until full payment.

In a June 2016 Inquirer report, Morales accused Lee of not following a court ruling regarding his visitation rights when he kept their daughter for several days instead of returning her.

Lee, however, denied the allegation and threatened to sue her for libel.

In 2014, Lee was charged with three counts of serious illegal detention by actor Vhong Navarro in the Taguig Regional Trial Court.

Navarro had accused Lee and Simon “Zimmer” Raz of mauling him in a condominium after the actor allegedly raped model Deniece Cornejo.

But the Department of Justice dismissed the rape case against Navarro, saying Cornejo’s credibility was questionable. Lee and Raz were later released after they posted bail of P500,000.

Lee also faces graft and malversation charges in the Sandiganbayan after he was tagged in the “unlawful” release of P23 million to his construction firm, Izumo Contractors Inc., for the Mariveles, Bataan, public market project in 2005.