Robredo denounces arrest of over 90 farmers, advocates in Tarlac 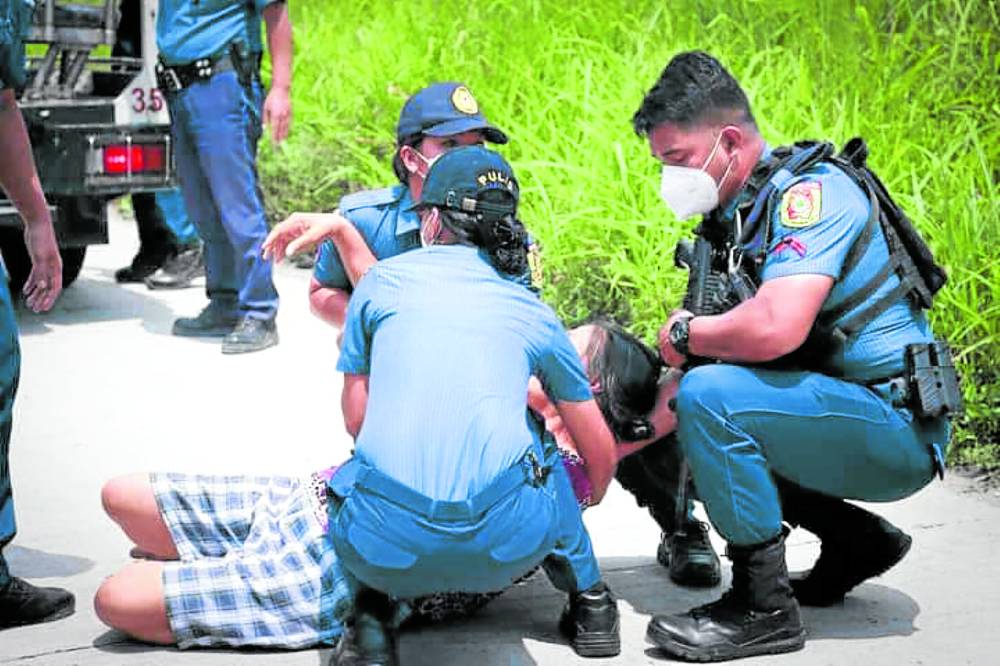 PASSED OUT Police officers assist a female who apparently passed out during the tension-filled arrest of 91 individuals in a disputed land reform property in Tinang village, Concepcion, Tarlac on Thursday. PHOTO COURTESY OF THE TARLAC PROVINCIAL POLICE OFFICE

(Several things are clear here: the gathering was done peacefully. The farmers had no other intentions but to provide for their families. Their supporters were there to join and help them.)

Robredo also amplified the call to properly resolve the issue without neglecting the rights of the arrested individuals.

(We expect that their rights will be respected, that they will be treated as fellow Filipinos with dignity, and that there will be a just resolution to this incident as soon as possible.) 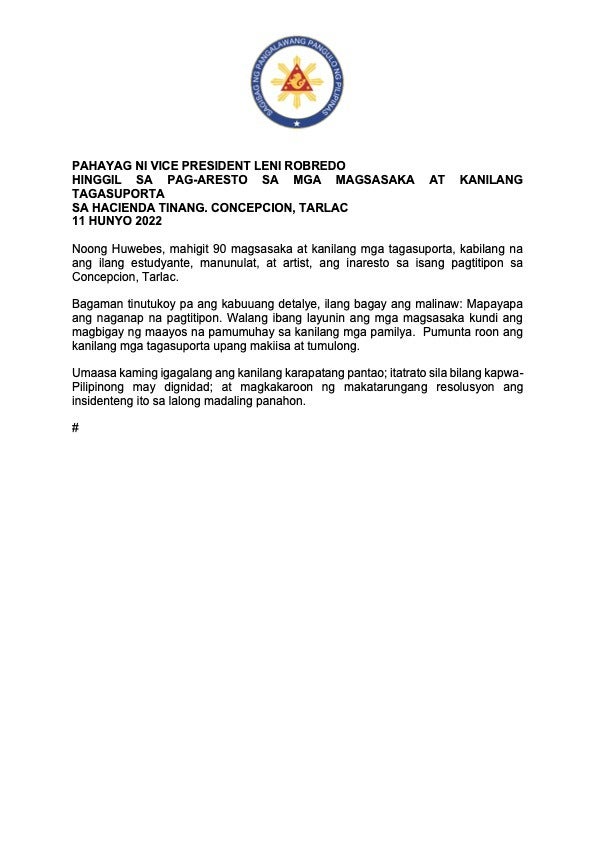 Various groups and advocates have likewise denounced the mass arrest, saying that the incident was a form of “harassment and intimidation” by police authorities.

Jobert Pahilga, a lawyer defending the respondents, on Friday confirmed that criminal charges have been filed against 83 of the arrested farmers and advocates.