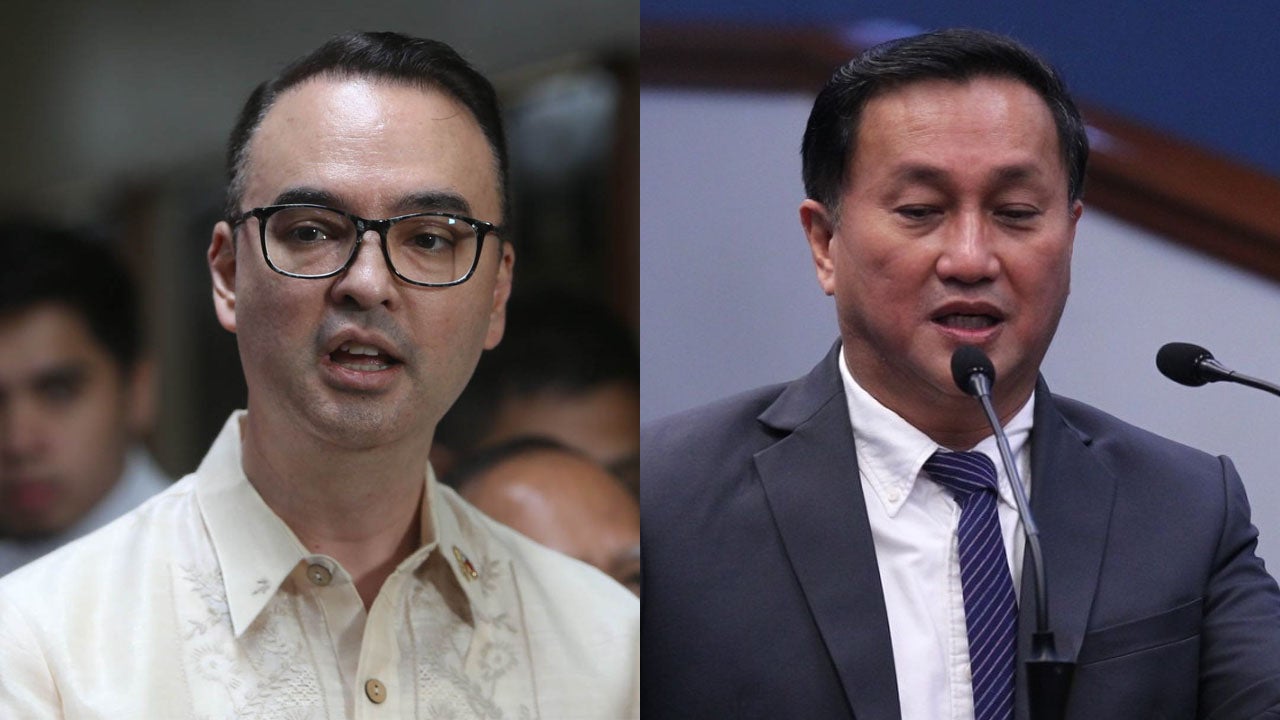 The incoming Senate leadership is now torn between Sen. Francis Tolentino and Senator-elect Alan Peter Cayetano as the next head of the powerful blue ribbon committee.

The prized chairmanship of the committee to be vacated by outgoing Sen. Richard Gordon had already been offered to Tolentino and, as of Friday, the senator “had already accepted” it, according to Senate Majority Leader Juan Miguel Zubiri, who is poised to be the next Senate president.

But on Thursday, Cayetano expressed a desire to chair the blue ribbon committee, which is known for launching investigations on government corruption or wrongdoing, as a condition for joining the majority bloc.

He said he told Zubiri, who wanted him to join the majority, that he was willing to do so in exchange for the chairmanship of the panel, as he wanted to perform his role as a “fiscalizer.”

Speaking to reporters on Viber, Zubiri on Friday said the matter was now out of his hands, considering Tolentino had already accepted the job.

“I would need to consult the majority on the request of my friend Sen. Alan Cayetano,” he said.

“We have already discussed this with Senator Tolentino and he had already accepted the chairmanship of the blue ribbon committee so it’s not my decision to make at this moment,” Zubiri said.

“Unfortunately, a number of senators are on vacation for the next two weeks before I can call for an initial meeting of the super majority. We can only make a decision then,” he said.

The blue ribbon committee is officially called the committee on accountability of public officers and investigations.

Meanwhile, Sen. Aquilino Pimentel III, the presumptive Senate minority leader in the 19th Congress, said a “minority of two” in the Senate can still do a credible job of keeping the 24-member chamber in check.

“If it is going to be 22 versus two then the two will just have to do their best,” he told the Inquirer on Friday.

“The ‘minority,’ no matter how few they are, should still strive to do their job of ‘checking’ the majority,” he said in a Viber message.

Pimentel and Sen. Risa Hontiveros are the only senators so far to indicate their intent to be in the minority.

Asked on Friday if anybody else was keen to join them, Pimentel, a former Senate president himself and son of the late Senate President Aquilino Pimentel Jr., said: “Nothing to announce. The minority is really a minority.”

On Thursday, Pimentel told a CNN Philippines interview that Hontiveros had agreed to nominate him as the next minority leader.

Pimentel said he and Hontiveros already had a game plan as to how they would perform their job of “fiscalizing” and checking any excesses of the majority.

“Both be active. Observe division of labor. Strategize very well. Choose the topics of intervention, etc.,” he told the Inquirer.

Of the minority senators, only Hontiveros was reelected.