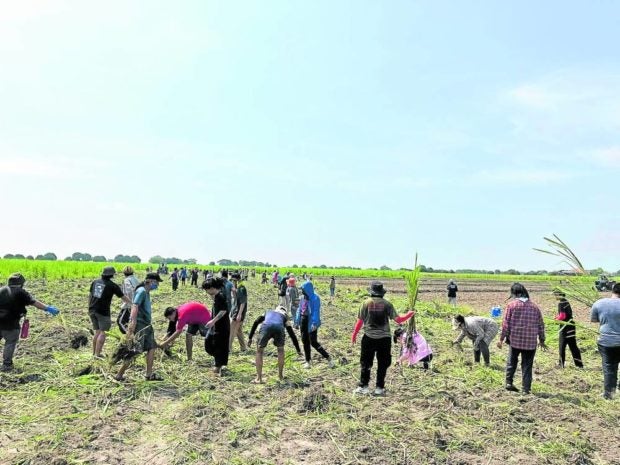 OWNERSHIP BATTLE Tension gripped an agrarian reform area in Concepcion, Tarlac, on Thursday as policemen prepared to arrest a group of farmers and their supporters over an ownership dispute with a local cooperative. —PHOTO COURTESY OF UNYON NG MGA MANGGAGAWA SA AGRIKULTURA

MANILA, Philippines — Criminal cases have been filed against the 93 farmers, advocates, and students arrested at Hacienda Tinang in Concepcion, Tarlac on Thursday.

“Bailable naman ito pero each of them, siguro, will post P36,000 minimum na bail,” Pahilga told INQUIRER.net over the phone.

(While these charges are bailable, each of them may have to post at least P36,000 bail.)

Pahilga said he and four other lawyers are still waiting for the result of the ongoing inquest to assess what they can do moving forward.

Police authorities on Thursday arrested more than 90 individuals who were conducting a bungkalan or cooperative planting activity at Hacienda Tinang. Among those apprehended are members of Makisama Tinang, a group of around 90 agrarian reform beneficiaries (ARBs) in the town. 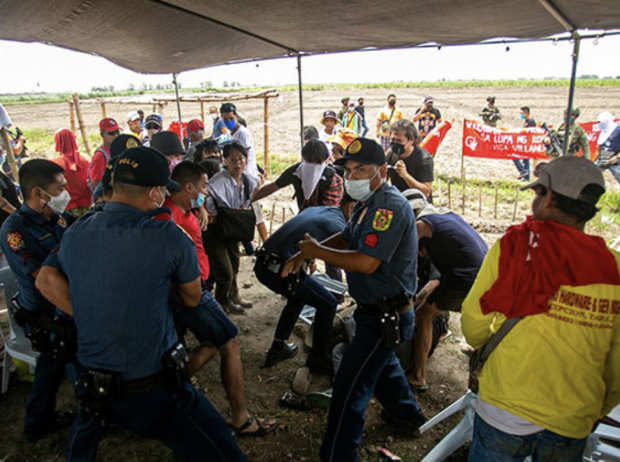 (The farmers who were cultivating the land have a collective CLOA. Some of those arrested went there for an exposure trip, while others were there to conduct research. Nine student journalists were likewise arrested, so it’s a mix of people.)

The arrested individuals are currently in the custody of the Concepcion municipal police station.