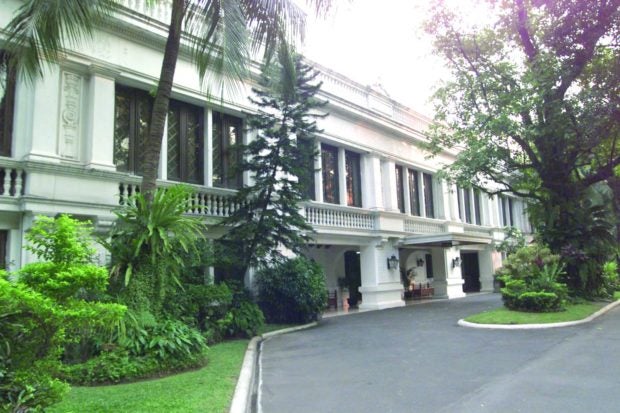 The facade of the Malacañan Palace. FILE PHOTO CONTRIBUTED BY VAL HANDUMON

MANILA, Philippines — Incoming presidential spokesperson Trixie Cruz-Angeles on Thursday said the new administration is looking at regularizing their employees who don’t have plantilla positions yet but are doing regular work.

“Ang alam namin right now is that there are a lot of contracted service, consultants and job orders and some of them are doing the work of regular employees, wala lang item,” she said in an interview over ABS-CBN’s TeleRadyo.

(What we know is that right now, there are a lot of contracted service, consultants and job orders and some of them are doing the work of regular employees, but they don’t have any item.)

Cruz-Angeles, who will head the Presidential Communications Operations Office (PCOO), however, said that regularizing employees will still be subject to the Office of the President and the budget of the agency.

“On our own, we are looking into the possibility of regularizing employees who don’t have plantilla position but are dong the job of those who have plantilla but this will be subject to President Bongbong Marcos’ approval at saka the budget,” she said.

“We will do the best that we can in order to give some kind of security to our employees,” Cruz-Angeles added.

The incoming PCOO, she said, is currently undergoing assessment and review of the current status and existing projects of the agency, as well as its attached agencies.

They can only finalize and reveal plans for the PCOO under the Marcos administration once the initial assessment is done, she added.

(We are currently assessing mandates, financial statements, and employment needs on top of their existing projects so after that can we reveal our plans.)