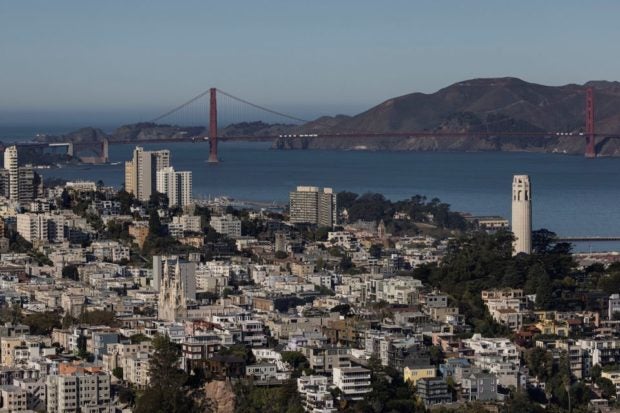 An aerial view of the city of San Francisco skyline and the Golden Gate Bridge in California, U.S., October 28, 2021. REUTERS

Voters in San Francisco recalled the city’s progressive district attorney, Chesa Boudin, a Democrat, in a nationally watched test of frustrations over rising crime that also split Democrats in one of America’s most liberal cities.

With 75% of the estimated votes counted, 60.5% of ballots were to remove Boudin from office, while 39.5% voted no, according to Edison Research, which projected the recall.

Boudin had been the target of a multi-million-dollar recall campaign by residents who say the liberal California enclave has become an increasingly unsafe place to live.

Many of its backers were Democrats in a city where Republicans are a distinct minority. But the election has ramifications beyond San Francisco, with national polls showing Americans increasingly worried about violent crime.

Republicans hope to seize upon that anxiety in their bid to assume control of the U.S. Congress in the November midterm elections. Republican-backed ads are already running in states such as North Carolina and Wisconsin addressing fears of rising crime.

The concerns in San Francisco resemble those in other large cities in the United States, where gun violence spiked during the COVID-19 pandemic.

Boudin was elected in 2019 promising to institute criminal justice reforms designed to keep low-level offenders from jail and spare juveniles from facing long prison terms. His critics blame those policies for an uptick in murders, shootings and property crimes, as well as an increase in hate crimes against Asian Americans.

His defenders say the spike was a function of the pandemic and note that crime is reverting to norms that existed beforehand. They contend the city’s swelling homeless population has distorted some residents’ perceptions of security.

The recall effort is San Francisco’s second this year. In February, voters ousted three members of the city’s school board.

Downstate in Los Angeles, public safety and homelessness are also top issues in the city’s mayoral contest on Tuesday.

Rick Caruso, a billionaire Republican-turned-Democrat, was leading Democrat Karen Bass, a top progressive in Congress, with 41% of the vote to 38% with some 40 percent of votes counted. If neither receives a majority of the vote, they would face off in a run-off election in November.

In the primary for California governor, Democratic incumbent Gavin Newsom was easily leading the field with 60 percent of the vote, while Republican challenger Brian Dahle trailed far behind at 15 percent with around half of the estimated votes counted.