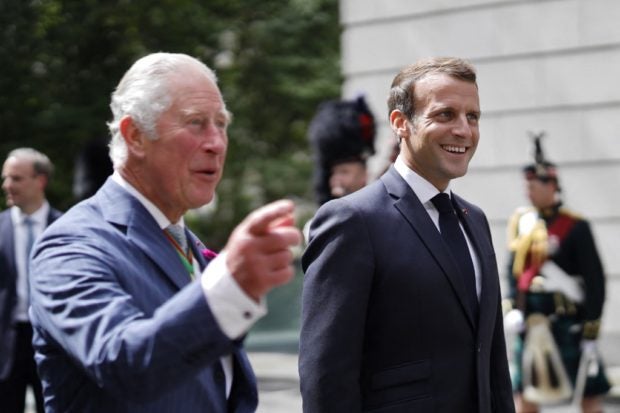 PARIS — French President Emmanuel Macron on Tuesday congratulated Prince Charles on the ceremonies held for Queen Elizabeth’s jubilee, in a phone call in which the heir to the British throne and the French leader also discussed the war in Ukraine, Macron’s office said.

Prince Charles expressed the royal family’s gratitude for “the deep marks of friendship shown by France during the Jubilee,” the Elysee palace said in a statement.

Macron gave the queen a horse belonging to the French Republican Guard to mark her jubilee, describing the monarch as the “golden thread” that had bound France and Britain during her 70-year reign.

Elizabeth is known for her love of horses. Fabuleu de Maucour, the seven-year-old grey gelding gifted by Macron, escorted the president down the Champs Elysees in Paris last month as part of an official ceremony.

Charles and Macron also discussed Ukraine in their phone conversation on Tuesday, the Elysee said, noting that the two agreed on “the importance of maintaining the unity that has prevailed between allies since the start of the invasion.”

They also discussed the consequences of the war in aggravating global food insecurity as well as environmental issues.