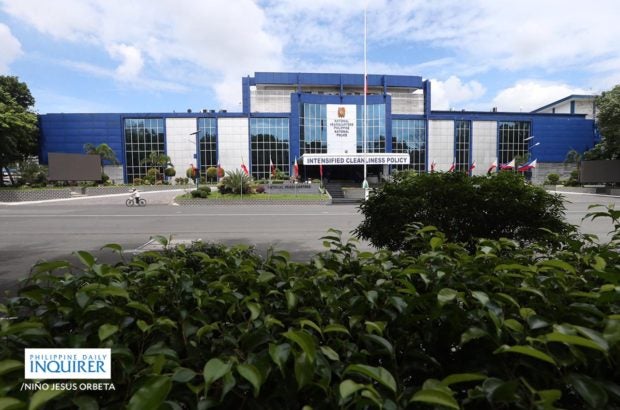 MANILA, Philippines — The alleged practice of buying “lemon” vehicles and gadgets for the Philippine National Police (PNP) is now over.

This was according to PNP officer-in-charge Lt. Gen. Vicente Danao Jr. as the institution received procured and donated equipment on Tuesday morning.

In a speech, Danao said the PNP no longer buys gears or supplies that would easily break down and cannot last for a long time.

“So gone were the days, ‘yong mga kwentong gano’n ano? Alam ninyo, I still remember, ito, you put it on record, when the history of the past has been buried, buying equipment na hindi naman nagagamit at madaling (masira). Alam ninyo ‘yong history ng Mahindra?” he noted, referring to the India-made Mahindra Enforcer and Mahindra Scorpio patrol vehicles procured in 2015 which were deemed disadvantageous.

(So gone were the days when the PNP was filled with those stories. You know, I still remember, you can put it on record, when the history of the past has been buried, buying equipment which we cannot use and would easily bog down. You know the history of Mahindra?)

“‘Di ba (Right)? Gone were the days ng ganyang klase ng pambibili ng gamit (of such kind of procurement of equipment). So let us bury that kind of procurement wherein the equipment that were bought before were not even used for more than three years, and we were there. And we are the recipient of those mga bulok na gamit (lemon items),” he added.

Danao then expressed his wish that the lives of people who led the procurement of that alleged lemon equipment will be miserable.

“Eh sana lang sumakaliwa ‘yong mga buhay ninyo d’yan, kung sino man ‘yong nag-procure no’ng panahon na ‘yan. So I know with the procurement of BAC that we have now, I know that what they bought is for the best interest of the Philippine National Police,” he noted.

(I hope your life goes astray, whoever was in charge of the procurement during that time. So I know with the procurement of BAC that we have now, I know that what they bought is for the best interest of the Philippine National Police.)

To recall, the Commission on Audit (COA) flagged the procurement of the Mahindra vehicles worth P1.89 billion from Columbian Auto.

But the PNP stressed in 2018 that they were not responsible for the purchase of the Mahindra vehicles because it was the Department of Budget and Management that bought the patrol cars for them.

READ: PNP vows to cooperate in probe on police purchase of patrol vehicles

In 2020, Columbian Auto asserted that most of the Mahindra units were still in healthy condition five years after they were acquired, adding that only 41 of the 1,656 Enforcer Patrol units delivered to the PNP are non-operational.

For the Mahindra Scorpio, the company said only two are reported to be on a non-operational status. Columbian Auto further said that one of the major reasons why some vehicles are non-operational was because of a failure to comply with Preventive Maintenance Schedules, road accidents, and encounters with criminal elements or armed rebels.

In the same speech, Danao appealed to PNP personnel to take good care of the vehicles and other equipment procured by the government and those donated by partners.

He stressed that the younger generation of police officers is very lucky to have brand new guns and vehicles as they would not have to go through using faulty gears as senior officials like him had.