Don’t look at us: PNP points to DBM on purchase of Mahindra patrol cars | Inquirer News

Don’t look at us: PNP points to DBM on purchase of Mahindra patrol cars 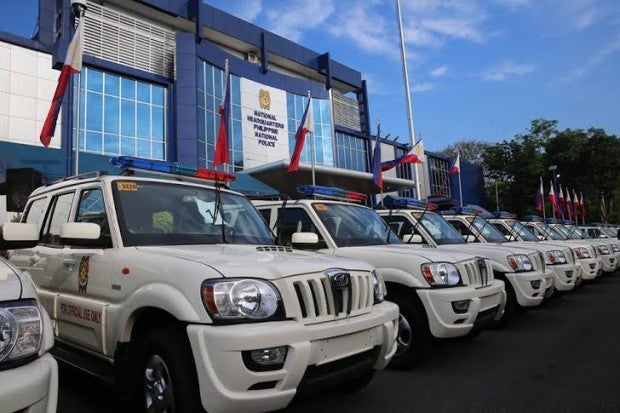 The Philippine National Police started distributing on May 30, 2016, 398 Mahindra sports utility vehicles to its police stations nationwide. (File, Photo release from the PNP)

The Philippine National Police (PNP) has passed the blame to the Department of Budget and Management (DBM) over the purchase of Mahindra patrol vehicles, which cost P1.89 billion.

“Definitely,” Durana told INQUIRER.net when asked if the PNP should not be faulted for the purchase of Mahindra vehicles.

“In fact, the purchase by the Mahindra was made by the procurement service of the Department of Budgement and Management,” he said.

According to Durana, the PNP’s only involvement in the project was identifying required specifications for patrol vehicles.

“What we did is actually in partnership with the NAPOLCOM (National Police Commission). We submitted the specifications of the requirements that we need as far as transportation is concerned. They approved it. That was the basis of procurement of the vehicle,” Durana said.

The Commission on Audit (COA) recently flagged the purchase of India-made Mahindra Enforcer and Mahindra Scorpio “disadvantageous” to PNP due to some problems with the vehicles.

Durana, however, said the COA report was based on the findings submitted by the PNP.

He also stressed that they followed the standard procedure in requesting for the patrol cars.

“Ginawa namin what is regular and legal, based on the specifications,” Durana said.

(We did what is regular and legal, based on the specifications.)

Senator Grace Poe is planning to hold an invetigation on the purchase of Mahindra patrol vehicles.