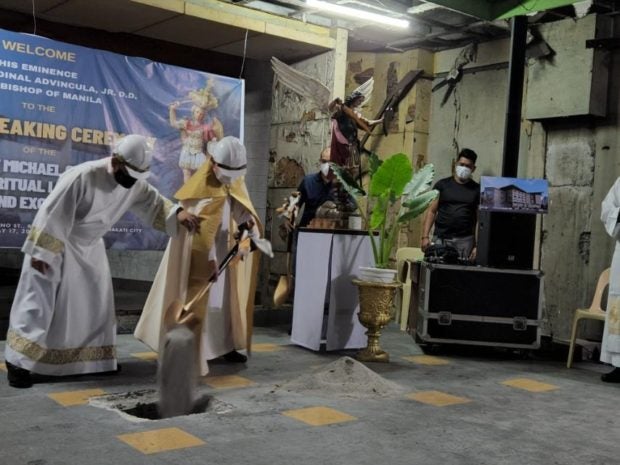 MANILA, Philippines — The Manila archdiocese has begun the  construction of a religious structure that will serve as a “center for exorcism” which the prelacy said will be “the first of its kind in Asia.”

The religious structure will be known as the Saint Michael Center for Spiritual Liberation and Exorcism, located in Guadalupe Viejo, a neighborhood in the city of Makati.

The by-invitation only groundbreaking ceremony for the religious structure was conducted on May 27 and was only announced on Monday. It was attended by Archbishop of Manila Jose F. Cardinal Advincula Jr. joined by Rev. Fr. Francisco Syquia, Director of the Archdiocese of Manila Office of Exorcism, and other church officials and staff.

“A product of more than seven years of prayers, planning and fundraising, this religious structure will be the first of its kind in Asia, if not the world,” the Archdiocese of Manila Office of Exorcism said in a statement on Monday.

For his part, Syquia said the Saint Michael Center “will minister to those in bondage to the devil who are therefore the poorest of the poor and are usually overlooked.”

PACE is also affiliated with the Italy-based International Association of Exorcists.