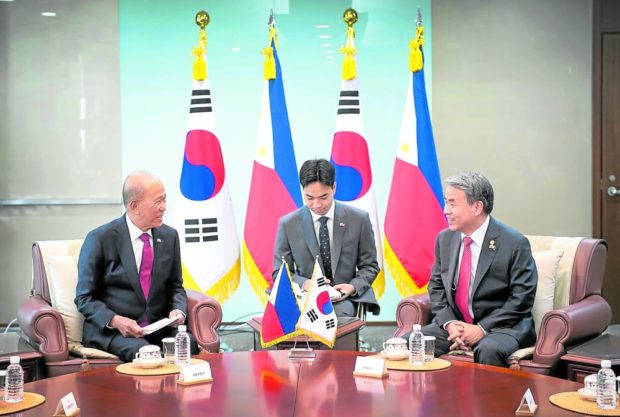 MANILA, Philippines — South Korea will participate in a joint exercise in the Philippines for the first time, the South Korean Ministry of Defense announced in Seoul on Friday.

The ministry did not provide other details of the exercise, except that it will involve South Korean marines and will be held in October.

In its own statement, the Department of National Defense (DND) said that Lorenzana and Lee also exchanged views on the situations in the South China Sea and Korean Peninsula.

Both ministers reaffirmed that freedom of navigation and overflight as well as the respect for international law must be upheld at all times.

As part of his official visit, Lorenzana also signed a memorandum of understanding with Park Min-shik of the Ministry of Patriot and Veterans Affairs, which will further deepen veterans’ cooperation between both countries. June is the month of patriots and veterans in South Korea.

Manila and Seoul’s security ties have flourished through the years after it was cemented by the Philippine deployment of troops during the Korean War in the 1950s.

South Korea’s new president set to get tough on North