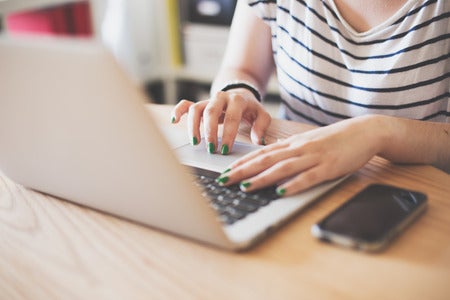 MANILA, Philippines — A survey of women entrepreneurs in 65 countries last year showed that the Philippines was at the top in terms of advancement outcomes but placed 26th overall in the global rankings.

The Mastercard Index of Women Entrepreneurs survey has been tracking the steps taken by women and for women in the private sector as they moved forward or backward over the past five years.

The survey, which marked its fifth edition last year, uses 12 indicators and 27 subindicators for its main components.

These are based on data from various sources, including the World Bank and the International Labour Organization. This latest survey covered 65 economies, representing 82 percent of the world’s female labor force.

It did not specify, however, whether the women entrepreneurs that were surveyed were in micro, small, medium or large enterprises.

“[The] Philippines emerged as the top ranked economy in Component A (Women’s Advancement Outcomes) for the third consecutive year,” according to the survey report seen by the Inquirer on Friday.

“This was driven by high standings in ‘women business leaders’ at 52.8 percent, ‘women professionals’ at 58.4 percent and broad gender parity in entrepreneurship activity, though it is held back in the overall rankings by poor scores in other areas like ‘government SME [small and medium-sized enterprise] support’ and ‘access to finance,’” the report said.

The Mastercard ranking draws on socioeconomic factors that nurture or hinder the ability of women to thrive in the private sector.

It placed the United States at the top in overall ranking, followed by New Zealand and Canada.

Taiwan ranked highest among Asian countries at sixth place overall, way ahead of China (27) and Japan (40).

Among the Philippines’ partners in the Association of Southeast Asian Nations, Singapore ranked highest at No. 18, followed by Thailand (19) and Indonesia (25). Those that ranked lower than the Philippines were Malaysia (28) and Vietnam (38).

In a statement on the findings, Simon Calasanz, Mastercard’s Philippine country manager, said women-led small businesses must be assisted in various ways to help them grow their enterprises.

“Women entrepreneurs in the Philippines are a critical part of the country’s economic recovery. Hence, there is a need to ensure that women entrepreneurs, especially owners of smaller businesses, have access to the knowledge, resources and tools they need to thrive and scale,” Calasanz said.

In the case of Mastercard, he said that the company has been working with its public and private sector partners to provide “payment technologies and access to initiatives like the company’s digital acceleration program” to 25 million women entrepreneurs.

These will help them “participate in the digital economy and become more resilient,” he said.