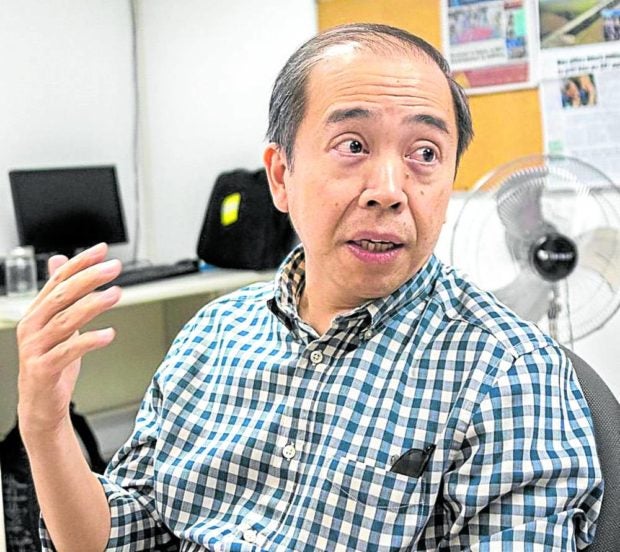 From an accuser to an accused to a convict facing a maximum of 10 years in prison: The fate of whistleblower Rodolfo “Jun” Lozada is an indictment of the Philippine justice system, according to Sen. Panfilo Lacson.

On Twitter on Friday, Lacson said the case of Lozada— who surrendered to the National Bureau of Investigation on Thursday in the wake of the Supreme Court’s affirmation of his graft conviction over a land deal involving the state-owned Philippine Forest Corp. (PFC)—“shows the unbalanced scale of justice in the country.”

“Never mind the ‘guilty verdict’ for graft which he committed as CEO of the [PFC]. It’s the dismissal of the NBN-ZTE cases that tilts the balance,” the senator lamented, referring to the controversial and ultimately scuttled national broadband network deal between the administration of then President Gloria Macapagal-Arroyo and the Chinese company ZTE Corp.

Lacson, who made an unsuccessful run for the presidency in the May elections and who is leaving the Senate before the start of the 19th Congress in July, ended his tweet with a Latin maxim stating that no one is above the law: “Lex non a rege est violanda (The law is not to be violated even by the king).”Still in NBI

Lozada is still in the NBI’s custody preparatory to his transfer to New Bilibid Prison, a relative said on Friday.

“Per our lawyers, we can’t share any more information as we’re trying to cope with the forced separation and fight for [his] freedom,” the relative said in a message to the Inquirer.

Justice Secretary Menardo Guevarra declined to comment on Lozada’s transfer to the national penitentiary, saying he had yet to see any commitment order issued by the antigraft court Sandiganbayan.

In his testimony at the inquiry conducted by the Senate blue ribbon committee into the NBN-ZTE deal in 2007, IT expert Lozada exposed the supposed cost-padding and corruption that marked the $329-million contract to install a broadband network linking government offices nationwide. He said then Socioeconomic Planning Secretary Romulo Neri had recruited him to examine the deal from which Arroyo allies, including then Commission on Elections Chair Benjamin Abalos, supposedly stood to gain huge commissions.

The testimonies of Lozada and others, as well as suits brought against the deal, led to the cancellation of the contract and the subsequent filing of graft charges against Arroyo.

That case was dismissed in 2016. Abalos, similarly charged, was also acquitted.

In the intervening years, graft charges were filed against Lozada and his brother Orlando. The case had to do with PFC CEO Lozada’s award to his brother of a lease contract of 6.599 hectares of public land under the agency’s Lupang Hinirang Program without undergoing the regular application process.

The brothers were found guilty and convicted of graft by the Sandiganbayan’s Fourth Division in August 2016. They lodged an appeal at the Supreme Court.

In a ruling dated July 28, 2021, but made public only recently on its website, the high court denied the brothers’ petition for review of their graft conviction and sentenced them to six to 10 years in prison and perpetual disqualification from holding public office.

Last month, Arroyo was reelected representative of the second district of Pampanga, and Abalos was proclaimed mayor of Mandaluyong City, his family’s bailiwick.

Lacson and Arroyo became political enemies when the then President believed accusations in 2001 that he was keeping offshore accounts supposedly holding millions of dollars collected from criminal activities when he was chief of the Philippine National Police under President Joseph Estrada.

There was no apology to Lacson in Arroyo’s recently published book “Deus Ex Machina,” but she acknowledged that she might have wronged him by believing information supplied by the whistleblower Angelo “Ador” Mawanay, alias Antonio Luis Marquez.

Mawanay later recanted his claims, as did the former top military intelligence officer Victor Corpus, who apologized to Lacson in 2017.

In February, Lacson said that he and Arroyo had buried the hatchet and that he had long forgiven her. —With a report from Marlon Ramos