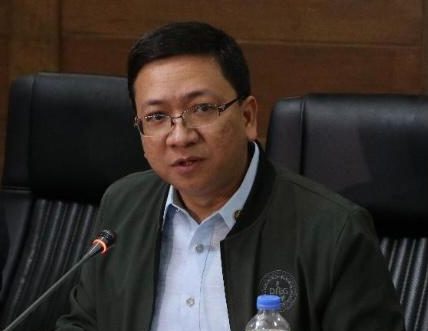 The Department of the Interior and Local Government (DILG) is calling on the new Congress to pass a law that would regulate various social media platforms and impose sanctions on them if they do not immediately respond to government requests to shut down pages or accounts that promote allegedly illegal activities.

The call was prompted by the “much delayed response” by Facebook to the government’s request early this week to take down online cockfighting, or “e-sabong” sites, in accordance with President Duterte’s order a month ago, DILG spokesperson and Undersecretary Jonathan Malaya said on Friday.

He said Meta Platforms Inc., the parent company of Facebook, acted on the DILG’s request only on Thursday, describing its “belated” response as “emblematic of the culture that [it] has embraced.”

During his May 2 “Talk to the People” program, the President ordered a stop to all e-sabong operations as recommended by the DILG, which cited a survey showing that 62 percent of more than 8,000 respondents opposed e-sabong.

Mr. Duterte previously supported online cockfights because of the huge revenue they generate for the government.

But the harmful social impact did not seem worth it for him. He pointed to the growing addiction to gambling and the disappearance of around 30 cockfighting workers and enthusiasts who were believed to have been killed.

The Senate committee on public order and illegal drugs last week recommended a further probe of gaming tycoon Atong Ang and employees of his e-sabong company Lucky Star 8 Quest in connection with the disappearances. Ang has strongly denied any involvement.

On Wednesday, Malaya said Meta’s inaction on the government’s takedown request was “tantamount to tolerating illegal activity in their platform.”

“In the race for profits, [Meta] should never put growth above and before the safety of its users,” Malaya said.

The country is considered the “social media capital of the world,” but it has no laws to regulate social media platforms.

According to the 2021 digital report by We are Social, a London-based social marketing agency, the Philippines has the highest social media daily usage—an average of four hours and 15 minutes a day.

The report also revealed that about 80.7 percent of its population, or around 89 million out of 110.3 million, are active social media users.

“Therefore, Facebook and other technology companies have to be made responsible and accountable for stopping illegal activities—like e-sabong and child abuse—especially on live streaming and video call platforms,” he said.

Malaya said Meta “must be made to account for how it protects its user’s privacy and how it handles and safeguards user’s data. Facebook must have the duty to take care of their users, including protecting them from illegal and harmful content.”

“We call on Congress to follow the lead of other countries and pass legislation to regulate social media,”he said.

Nobel Peace Prize laureate and Rappler news site CEO Maria Ressa had earlier urged lawmakers to craft a law that would hold technology and social media giants accountable for the disinformation and misinformation on their platforms.

“And when you do that, I bet you that you would automatically see a shrinking of disinformation operations,” she said during a Senate hearing in January.

Meta has not yet responded to an Inquirer request for comment.

Countries, such as Germany and Australia, have laws compelling social media companies to quickly take down “manifestly illegal” or “abhorrently violent material,” or face large fines.

The bill on the proposed SIM (subscriber identity module) Card Registration Act, which requires registration of all SIM card holders and prohibiting them from using fictitious identities in their social media accounts, was vetoed by the President in April.

The proposed law would help curb not only criminal activities aided by mobile phones, but would also serve as an “antitroll” measure.

Acting presidential spokesperson Martin Andanar said Mr. Duterte noted that the inclusion of social media providers in the registration requirement “was not part of the original version of the bill and needs a more thorough study.”

He said that the President “was constrained to disagree” with the inclusion of social media without providing proper guidelines because it may “give rise to a situation of dangerous state intrusion and surveillance threatening many constitutionally protected rights.”

The Commission on Elections earlier pushed for laws regulating social media and eliminating the use of trolls during the campaign period. —WITH A REPORT FROM INQUIRER RESEARCH