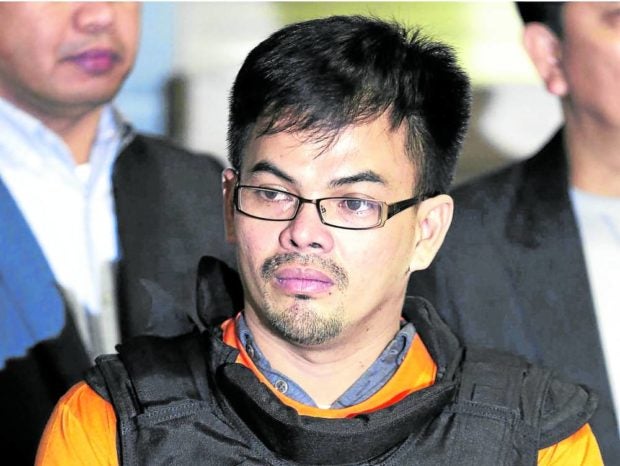 In an order dated May 30, 2022, Makati RTC Judge Gina M. Bibat-Palamos denied the appeal filed by government prosecutors, saying the grounds raised “is a mere rehash of previous arguments.”

The court said the arguments raised by the prosecutors have been extensively discussed in its December 17, 2021 order.

“Thus, the Court finds no basis in delving anew on the said issue. Significantly, it bears stressing that in all criminal prosecutions, the settled rule is that the prosecution must rely on the strength of its own evidence and not on the weakness of the defense,” the court said.

It added that “the Prosecution bears the burden to establish the guilt of the accused beyond a reasonable doubt, not on the accused to prove his innocence.”

The demurrers stated that the prosecution has not presented other evidence aside from Adorco’s testimony to prove their case.

A demurrer to evidence is a motion to dismiss on the ground of insufficiency of evidence where a defendant cites that the evidence produced by the prosecution is insufficient to make out a case, whether true or not.

Once granted, the case will be dismissed and it is tantamount to an acquittal. If denied, the trial will continue with the presentation of evidence by the accused.

The charge involved a 2013 transaction involving  20 kilos of shabu at the parking area of Cash and Carry Mall in Makati City.

Adorco, in his first statement given without a counsel, said he met Espinosa in 2011 while he was detained at the Alta Vista jail in Ormoc City for illegal possession of firearms and helped distribute drugs to inmates.

As Kerwin’s errand boy after his release from jail, he was tasked to pick up 20 kilos of shabu from Yuan who directed him to proceed to the Metropolitan Hospital where Impal, Yuan’s drug runnier, was waiting.

After the transaction, he returned to the Ormoc City hal where he showed the shabu to Kerwin and then delivered it to a certain Max Miro in Albuera, Leyte. After the initial transaction, he participated in at least 4 similar other drops in Metro Manila.

However, Adorco recanted his affidavit saying he was only used by the prosecution to pin down Espinosa.

The Court said the prosecution should not heavily rely on Adorco’s testimony.

It said even if Adorco did not recant his statement and his testimony is admissible, the prosecution should have presented other evidence to bolster Adorco’s claim.

“The purported participation of Impal, Espinosa, and Yuan in the alleged conspiracy was based solely on Adorco’s recanted testimony which is not only untrustworthy but also inadmissible for having been obtained in violation of his constitutional rights,” the court said.

It added that while there are the testimonies of the police officers, “taken collectively, is not strong enough to show that the Espinosa Group conspired to commit illegal trade or illegal trafficking of dangerous drugs for it is undisputed that the police officers have no personal knowledge of the crime that was allegedly committed.”

Last May 24, Adorco signed another affidavit reiterating that he was only coerced to pin down Espinosa and other people in the illegal drug trade.

Witness vs Espinosa, De Lima retracts: I was forced to sign an affidavit linking them