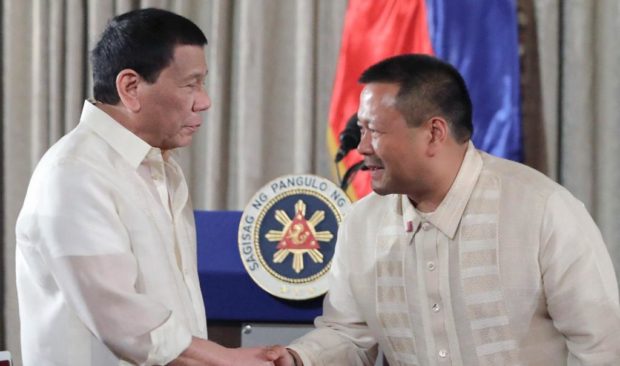 MANILA, Philippines — Senator-elect JV Ejercito on Friday said he believes that President Rodrigo Duterte is not involved in the controversial Pharmally deal.

While the returning lawmaker is willing to revive the investigation against the firm in the 19th Congress, he expressed his doubts that Duterte played a hand in the misuse of the multibillion-peso state funds.

“Not to protect the President but knowing him, he really has a simple lifestyle. I don’t think he will be involved in this,” Ejercito said over CNN Philippines.

Ejercito, however, believes there were others who benefitted from the government-awarded pandemic contracts with Pharmally Pharmaceuticals Corp.

“For sure, some people really took advantage of this deal. I am not privy because I was not part but I’m open to looking into this because this involves public funds,” he stressed.

After the Senate adjourned its last session under the 18th Congress on Thursday, Pharmally executives Mohit Dargani and Linconn Ong were released from the Pasay City Jail.

Both have been detained since November 21for failing to provide the firm’s financial documents earlier subpoenaed during the then-ongoing Senate probe.

Since the release of Dargani and Ong, reelected opposition senator Risa Hontiveros has bared her willingness to sponsor a resolution that would call for a new investigation on the Pharmally scandal.

Gordon asks senators to reveal stand on Pharmally probe: ‘We can’t shrink from our duty’